In the scientific community, the debate about 'reflexivity' has been addressed in a cognitive perspective, and it is often associated to the analysis of cost issues, the indicators to be used, the university geography to be realized in the name of an increasingly rationalized university organization. In this perspective, the paper is preparatory to the deployment of a reflexivity that is not limited to a cognitive criticism (Giddens and Beck, 1999), and which aimed at recalling the aesthetic tradition (Lash, 1999) and advancing a cultural and hermeneutic critic. The review of the sociological research that investigated the perception of the role of the academic profession has provided a useful starting point for the recovery of aesthetic reflexivity concept in the sociological debate on the state of the profession in current university context. 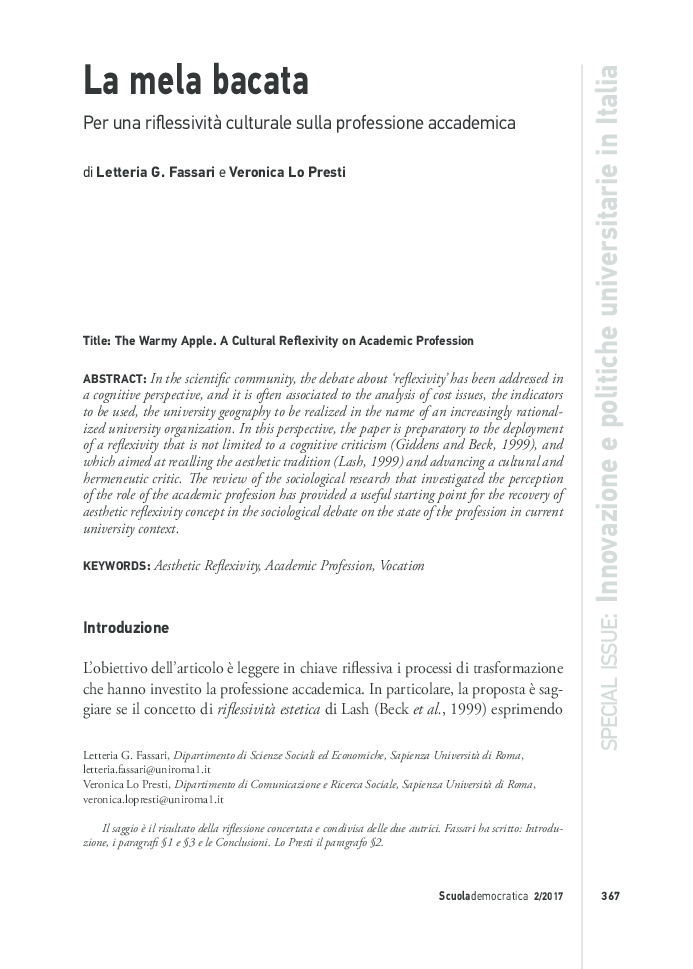