Voltaire in various occasions refers to Cyrus the Great. The Achaemenid is cited both in his philosophical works (the "Histoire" entry in the "Encyclopédie", "Pyrrhonisme de l'histoire", "Philosophie de l'histoire", "Traitésur la tolerance", "Histoire de l'établissement du christianisme"), dramas ("Les Scythes en mars") and novels ("Le Monde comme il va"). However, his longest and the most significant writing dedicated to Cyrus is an article inserted in the Questions sur l' "Encyclopédie", which contains some contradictions. Considering the particular approach of Voltaire to historiography, this paper aims to analyse the image of the Persian king in Voltaire's historical and philosophical works and the reasoning behind such a representation of Cyrus's name and religion. 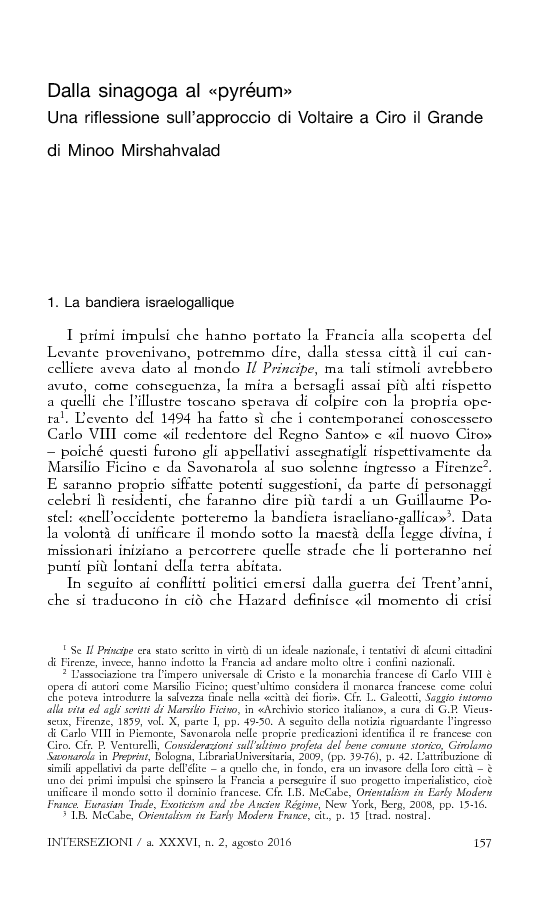