This article focuses on the practice of sodomy, between the sixteenth and seventeenth century, in the rural context of the diocese of Monreale, a large territory in the west of Sicily under the jurisdiction of a bishop. The study of a number of cases prosecuted by the bishop's court of Monreale questions the traditional assumption of a severe repression on this crime in the early modern times, which was based on sources drawn from the urban context. Notwithstanding the stiff condemnation of the canon and state law, in the villages and in the countryside of Sicily sodomy remained a relatively tolerated behaviour, which became sanctioned by the community and the court once it overcame the boundaries of what the community considered licit. Sodomy existed inscribed within the social relations of an agricultural and pastoral economy and therefore cannot be equated to the much recent category of homosexuality. The article also compares the narration of sodomy in court with that of rape, finding that in the former the theological definition of crime "contra natura" required a detailed investigation of the physical circumstance of the act, which was not necessary in the case of rape, important mainly for its consequences on the woman's honour. 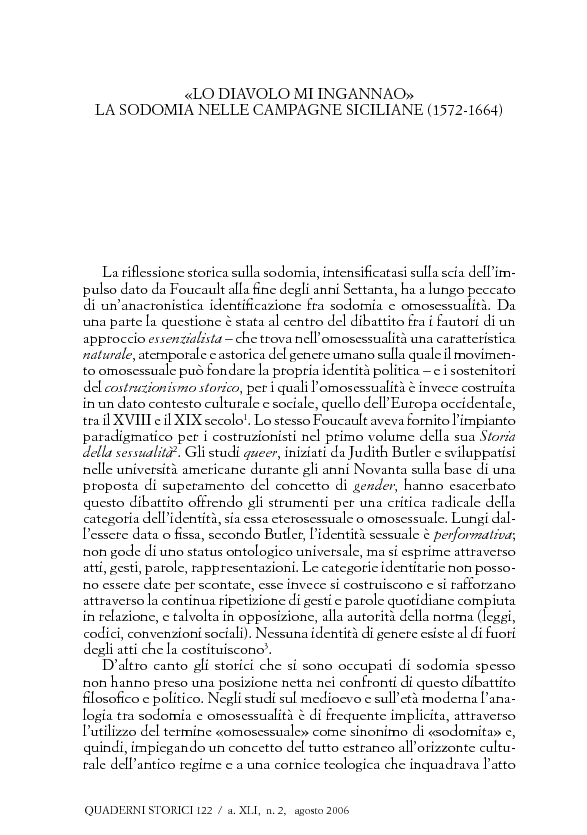