This article examines the notion of moral progress in Kant's moral system. Moral progress is required (and it is recognized as a duty of virtue in the "Metaphysics of Morals") insofar as it is a consequence of the assumption that human beings are responsible for their moral characters. Nevertheless, moral progress is metaphysically impossible, since individual "Gesinnung" is placed in a noumenical dimension, which, by definition, is independent of both time and empirical conditions. This leads Kant to conclude, in his "Religion within the Boundaries of Mere Reason", that there can be no actual improvement in one's character. In light of this I argue that the problems with moral progress may help us shed new light on some paradoxes of Kantian morals that have not been solved by his later reformulation. 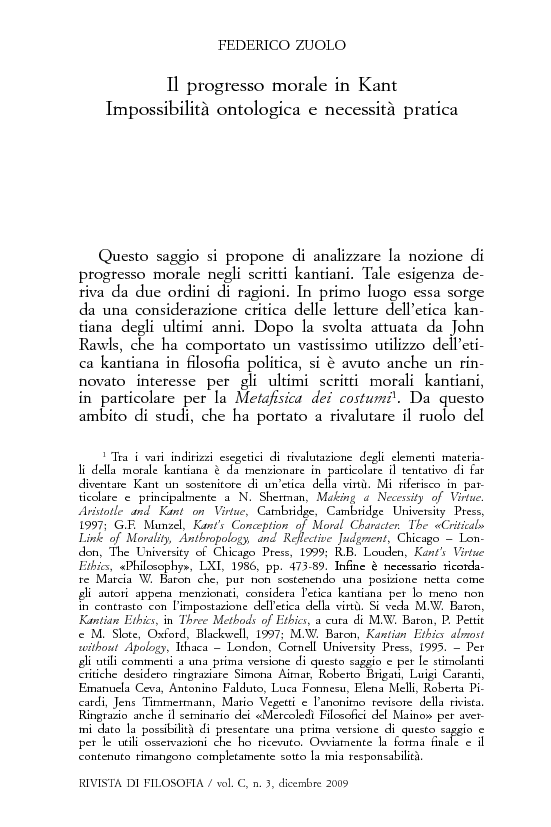