In 2003 the "Protocol to Prevent, Suppress and Punish Trafficking in Persons, Especially Women and Children", supplementing the "United Nations Convention against Transnational Organized Crime" entered into force. The document seems to come up again with the philosophy of safety and borders control inspiring most of the Western World's contemporary legislation on migration. It thus reveals a severe lack of insight into some of the deepest rooted causes of contemporary forms of slavery and the desire to include this phenomenon among the main threats to national sovereignty. The paper tries to analyse trafficking in a larger global framework considering the present gendering of migration and the reasons behind the continuous growth of illegal migra¬tion. Without underestimating the seriousness of many documented cases of violence, exploitation and slavery, concerning in particular young women and children in Europe, as in many other parts of the world, we want to consider the role that the difficult legal crossing of borders plays both in the condition of those at risk of been victims of traf¬fickers and in the strengthening of criminal enterprises that are active in the market of illegal migration. 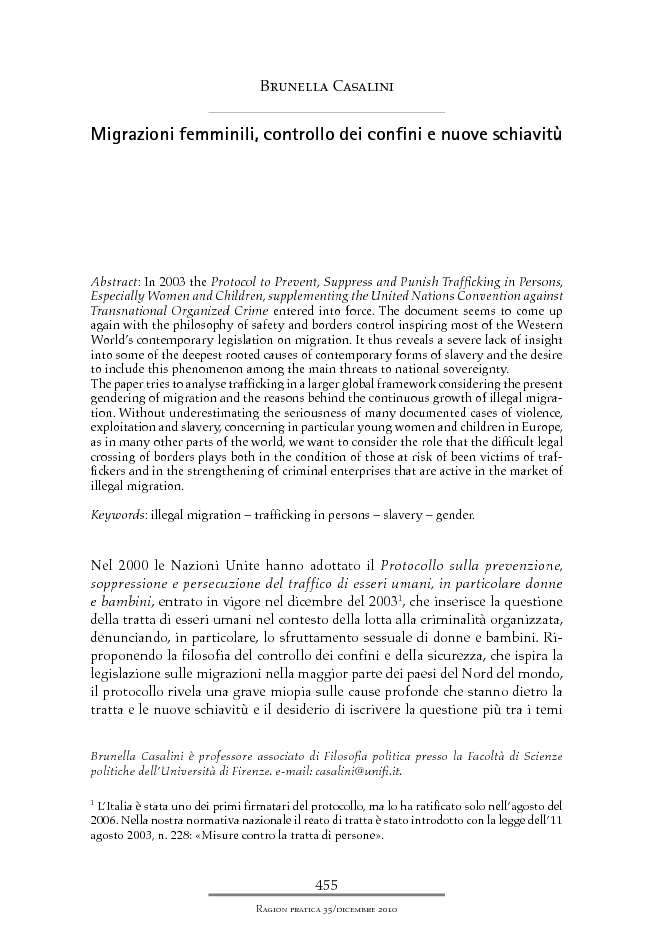