The image of the hero confirms the aesthetic dimension of politics. It represents an element of contrast to the common sense. Following the parallel development of aesthetics, the essay analyzes the changes in the relationship between the "excédent" subjectivity of hero and the background or "sensus communis" which today turns into a repertoire of images in the fictional economy. The middle section of the essay draws, on the suggestion of Arendt and Foucault, this image/form as a performative act of disagreement, which, paradoxically, "save" the heroic phenomena in a time of no heroes. Such as aesthetics turns toward the Truth/Event, imagery coincides with a kind of heroism without "aura", within a hypertrophic space of communication, and nevertheless perhaps attesting to the contrast and the freedom of which the hero is a canonical form. 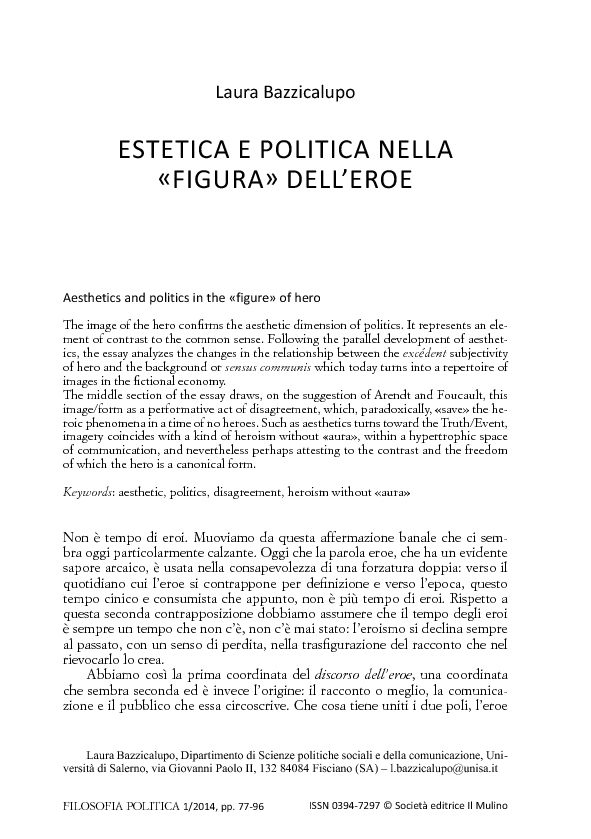