The note focuses on the relationship between Carl Schmitt and the main exponents of German geopolitics, such as F. Ratzel, R. Kjellén and K. Haushofer. Schmitt’s works on international law are often compared to those of geopolitical thinkers in the Interwar period. The Author aims to highlight both nearness and differences between Schmitt and German Geopolitics. On the one hand, they share topics (land and sea power, "Grossraüme") and the same political aversion against the Versailles Treaty, the League of Nations and liberal-democracy. On the other hand, Schmitt’s reflections on international law, space and politics don’t stem from the conceptual framework of Geopolitics, but from an original theory of the foundations of modern political thought and the history of international law. 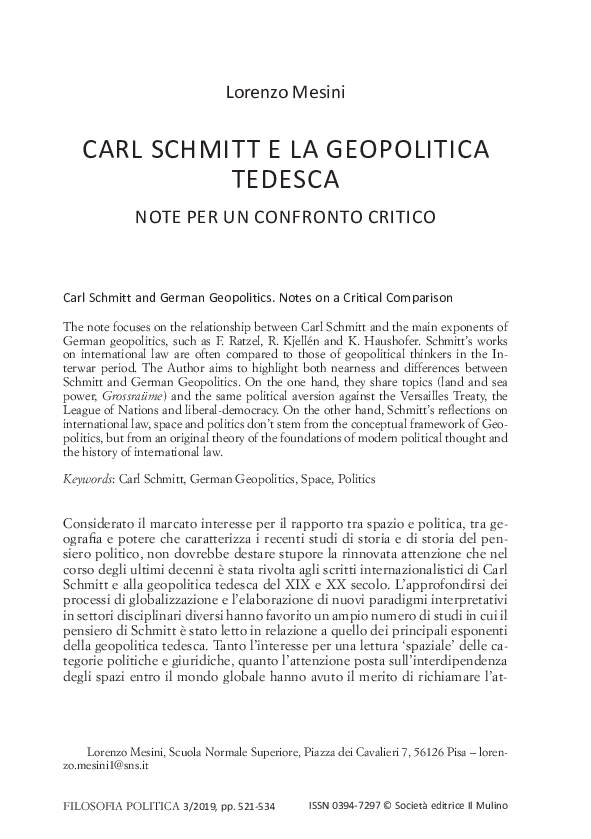