This study investigates linguistic prediction based on grammatical gender in Italian-German bilingual children aged six to ten, using a visual world eye-tracking paradigm. Children listened to sentences while looking at objects that either matched or mismatched in grammatical gender, and that varied with respect to cross-linguistic gender congruency. To explore the effect of language dominance on processing, we tested children in bilingual schools in Italy and Germany, with an experiment in Italian (N=63) and in German (N=25). Results show rapid predictive processing, as children anticipated nouns based on the grammatical gender of articles. Furthermore, in the Italian task (but not in the German task), children exhibited a ‘gender congruency effect’, i.e., they showed cross-linguistic influence when the grammatical gender of the two languages did not overlap, leading to delayed anticipation. In contrast to previous research, this effect was also observed in simultaneous bilingual children. Both the extent to which children relied on predictive processing and the likelihood of a gender congruency effect were related to children’s language dominance, operationalized as relative language proficiency in terms of vocabulary knowledge. 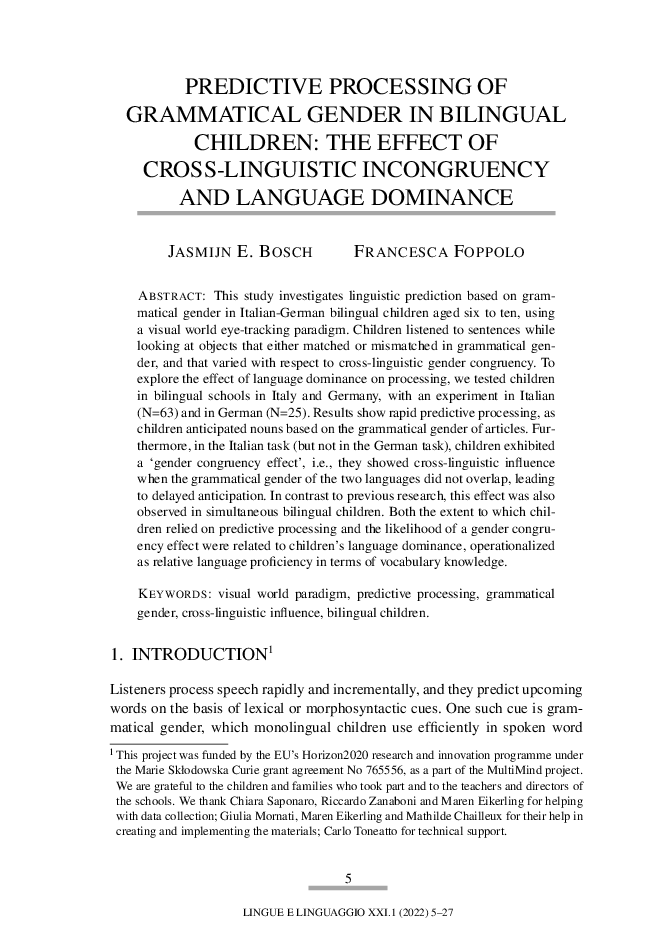