Two disctinct disciplines, neuropsychology and theoretical linguistics, have accumulated since the second half of the XIX century different discoveries concerning human language: typically, neuropsycology on the basis of clinical and neuroanatomical evidences, proved the selective role of the left hemisphere of the human brain in language processing; on the other hand, theoretical linguistics showed that a grammatical sentence is the result of the synergy of separated modules including at least lexical semantics, (morpho)syntax and phonology. In this paper, I try to show that these independent discoveries converge in a non-trivial way. This is done by using neuroimaging tecniques (in particular, Positron Emission Tomography, i.e. PET scan) which for the first time allows to see the activation of human brain cortex "in vivo". The results, based on an original methodology involving an invented language and the detection of selective errors, i.e. phonological, syntactic and morphosyntactic errors, provided evidence that the three components activate separated neural networks. 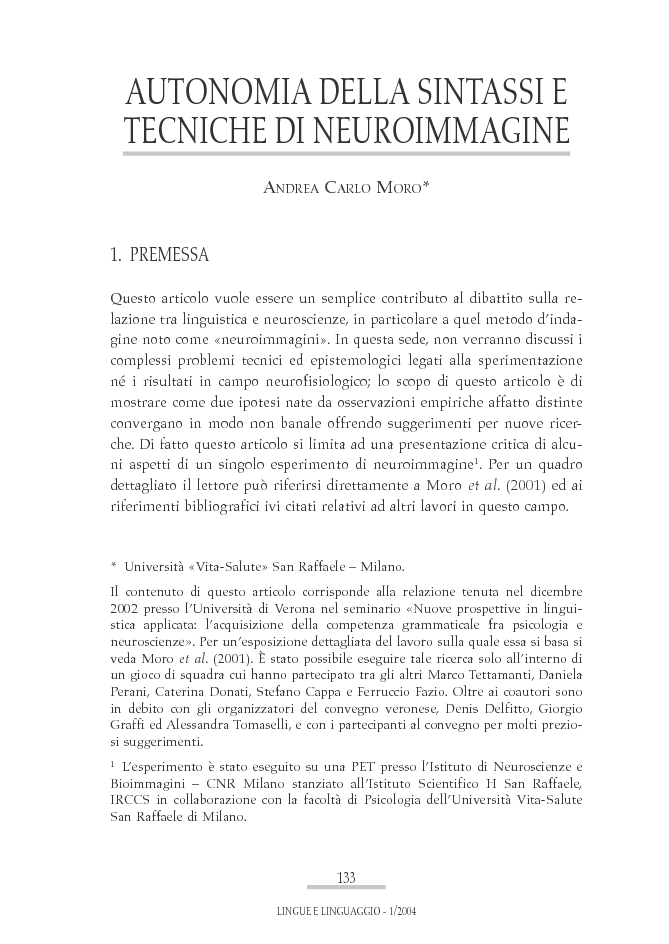