In this contribution we argue in favor of a morphosyntactic analysis of the DE RE / DE SE ambiguity, based on the opposition between interpreted and non-interpreted 3-person features (as realized on pronouns). More specifically, we contend that non-interpreted person features encode, by means of a mechanism of thematic feature inheritance, the semantic properties typically encoded by interpreted 1-person features. The proposed analysis allows an extension of the DE RE / DE SE ambiguity to linguistic contexts that do not involve verbs of propositional attitude, such as reflexive constructions. Finally, elaborating on Reinhart and Siloni's (2003) proposal that reflexivization operations may apply either in syntax or in the lexicon, we demonstrate how the interpretive properties of inherently reflexive predicates can be formalized cross-linguistically. 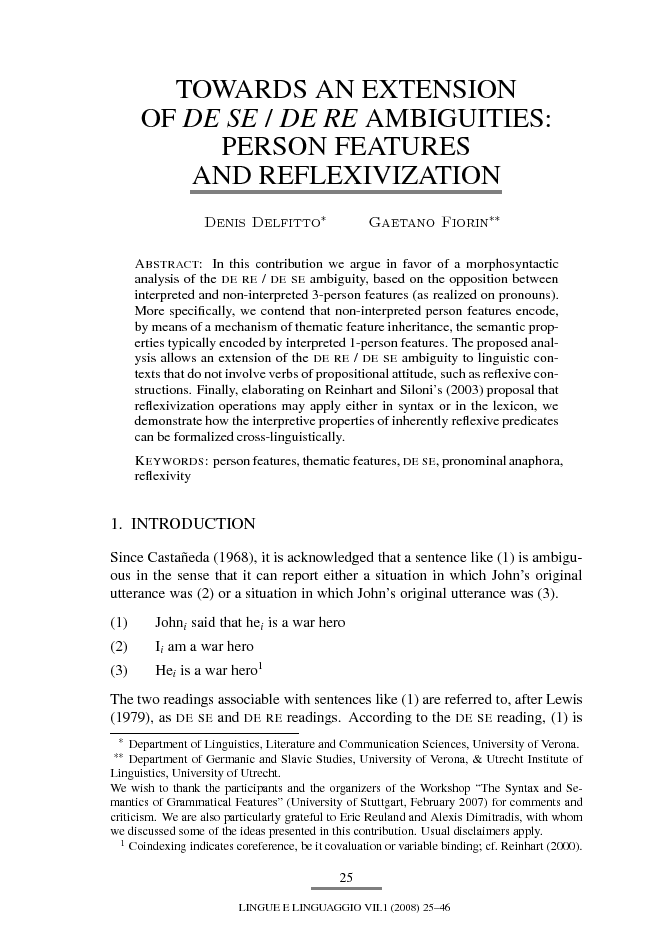