This paper analyses the verb infl ection system of Logudorese Sardinian, covering regular as well as (highly vs. moderately) irregular verb paradigms. Focus on moderately irregular verbs, following Pirrelli & Battista's (2000) analysis of Italian, will afford an overview of the paradigmatic organization of irregularity in Logudorese, which shows signifi cant differences with respect to other Romance languages. Organized in this way, the Sardinian data will be brought to bear on the issue whether morphological marking - and, especially, the marking of the purely morphological contrast between different infl ectional classes - is better represented as encoded in stems or endings. The evidence does not support the stem-maximizing procedure (cf. e.g. Bonami & Boyé, 2003: 125; Taylor, 2008; Spencer, 2012; Giraudo, Montermini & Pirrelli, forthcoming: 9) adopted in much of the work in theoretical morphology on the Romance languages over the last decade or so. 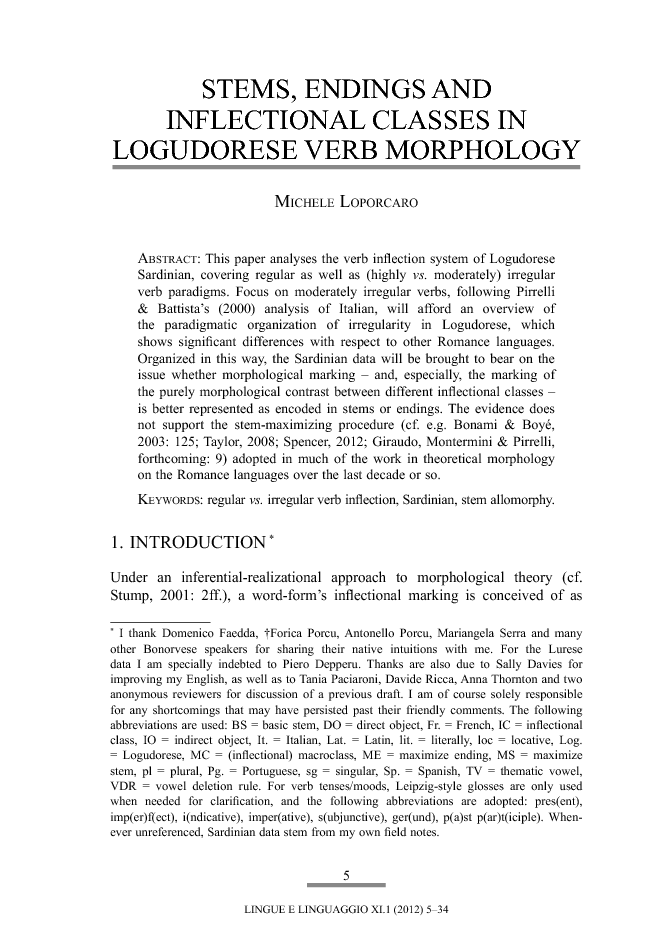