The spreading of the 2nd pl. person marker -dzis (from adzis ‛have' PRES.IND.2PL) in the northern Sardinian dialects is an interesting phenomenon which has so far been neglected in Sardinian morphologi- cal research. This morpheme was originally limited to a very small class of verbs, the auxiliaries ('to have' and 'to be'), and it has now become the 2nd person pl. marker of the whole inflectional paradigm, except the present indicative and the imperative of regular verbs. The aim of this contribution is to analyze the reasons and the constraints underlying the spreading of the 2 pl. -dzis. The analysis is based on notions drawn from the morphological model proposed by Bybee (1985, 1995, 2001, 2010). I will suggest that frequency alongside with sharing of functional and formal properties, may determine the choice and the spreading of a base form among the forms of a paradigm. 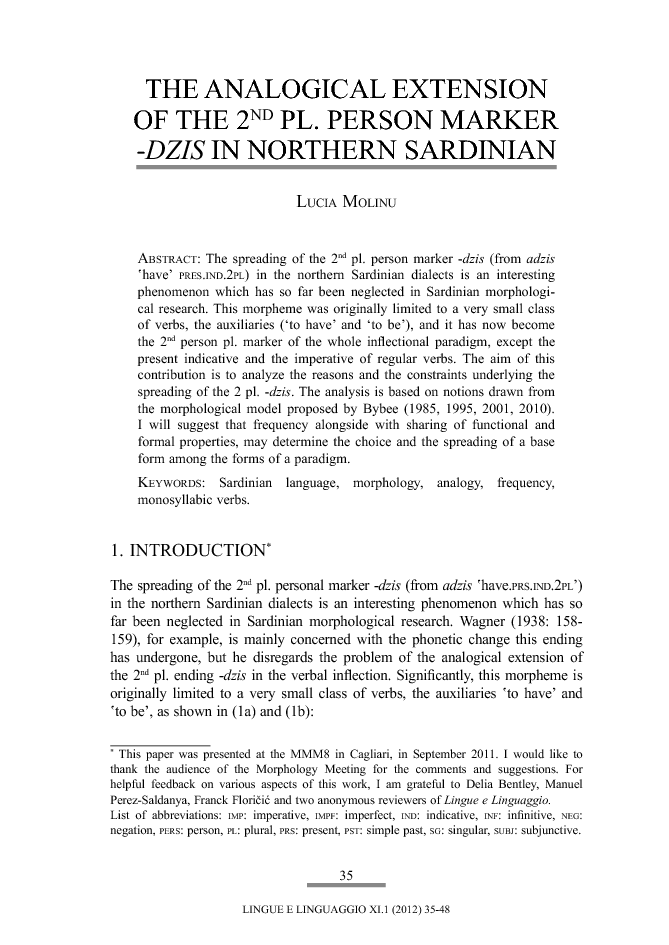