With this work we provide, for the first time, a systematic description of one of the most frequent adjectival compounds in the Central-Northern Sardinian varieties, namely the adjectives with N-i-A structure. The analysis is carried out at semantic, phonological, and morpho-syntactic levels, from a synchronic point of view. The analysis shows how the first and second constituents of the compound are strictly linked together through the -i- element, and that they give rise to a hierarchical relationship, in which the noun is the subordinate member from both a morpho-syntactic and semantic point of view. In particular, the semantic and morpho-syntactic analysis figures out the main peculiarities of this structure, mostly shared with Spanish (see the non-internal agreement between the first (N) and second constituent (A) which opposes Sardinian and Spanish to Italian). 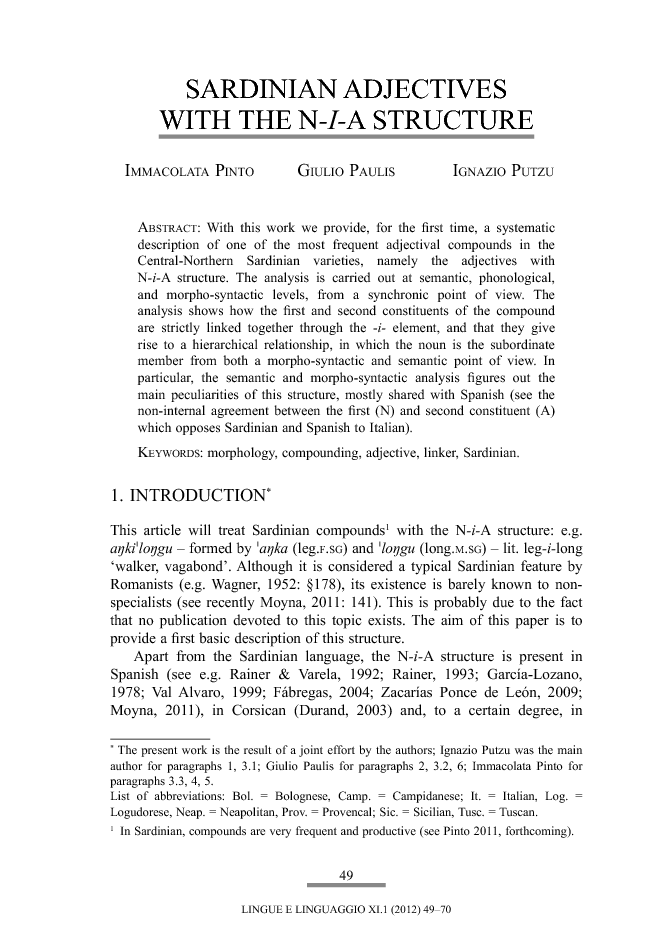