Copular clauses have a wide semantic variation, which includes the linguistic encoding of general cognitive abilities,such as attribution, categorization, identification and location. This paper takes into account some of the most relevant steps in the definition of the values of the copula,including analitycal philosophy, traditional grammars, formal syntactic studies, approaches dealing with the relation between semantics and cognition. Particular attention is dedicated to the class of specificational sentences,which constitutes an important point of focus within th etreatment of copular clauses. The position that emerges from this work is to consider these structures as a subtype of equative sentences. In the resulting general taxonomy, copular sentences are mainly classified with respect to three semantic relations: the attributive,the equative,and the locative one. Each of these corresponds to a specific cognitive configuration, which is reflected by the semantic features that characterize the complementof the structure. 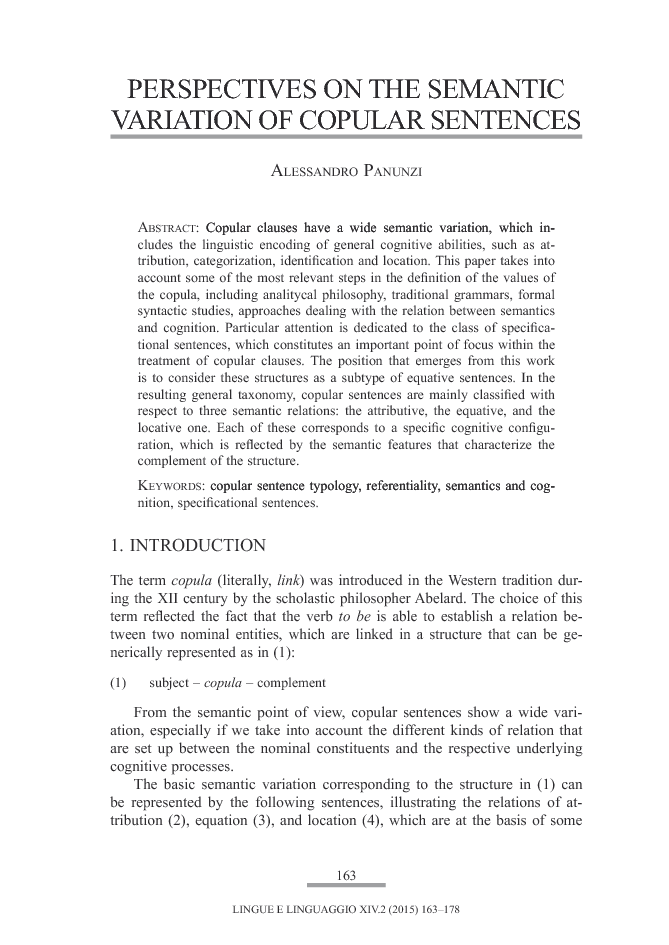