The nine letters, published here for the first time, were left out of the edition of Giovanni Boine’s Carteggio published in the 1970s, as they only re-emerged from the archives after the publication of the first of the four volumes that compose it. Irregularly distributed between 1910 and 1914, the missives help shed light on the writer’s assiduous work with «La Voce», at times clarifying already partly documented circumstances, at others illuminating wholly unknown episodes 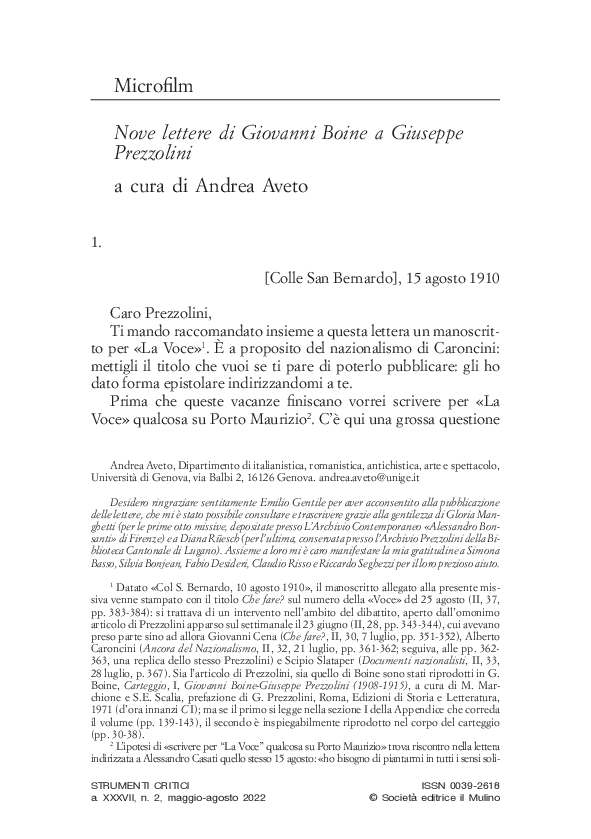