The first part of this article focuses on a tessera of Renaissance drama, the prophetic dream, showing first how it developed from ancient Greece, through the Middle Ages, to Italian Neo-Senecan tragedy and then how Shakespeare subverted and deconstructed those traditional traits of the dream-sequence which he found within English commercial theatre. From night-time prophecies, through Romeo’s monologue at the opening of act 5, this essay extends to a consideration of the role of dreams in death and of the obstacles preventing suicide. Here national differences in the notion of the divine play a central part. In Shakespeare’s tragedies, as in those of Seneca’s, the objective difficulties preventing man from killing himself have nothing to do with God’s laws. On the Italian stage, however, where the divide between ancient godheads and Roman Catholic religion is blurred, one cannot depart from this world without God’s command. An eternity in hell or heaven depends on one’s behaviour on Earth, and thus, in death, there is no place for dreams. It is only through the baroque conception of existence that dreams will be reconciled with both life and death within a Christian framework 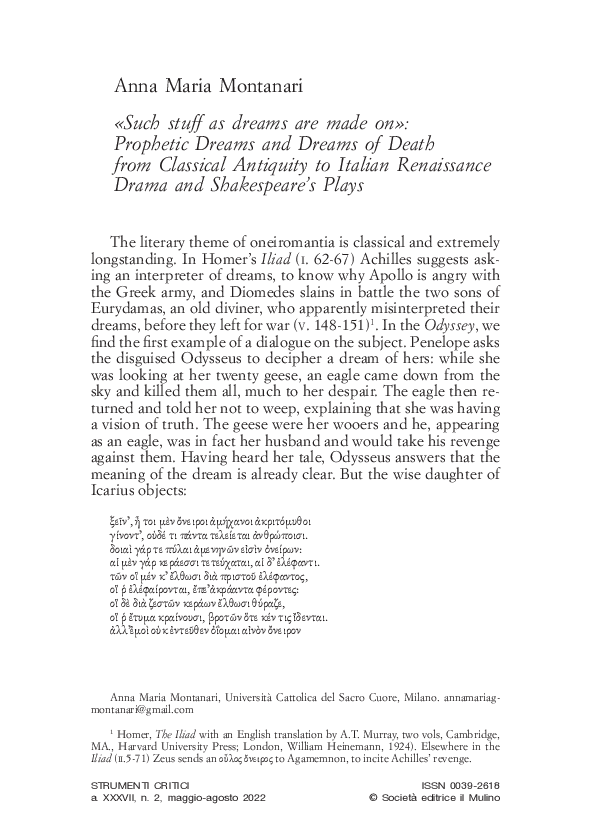