Peculiarities of the "Liber Ordinarius" of Padua cathedral, compiled about between 1256 and 1276, must be probably considered traces of formularies and earlier regulations: if the fleeting appearance of the textual beginnings of some antiphons for St. Thomas of Canterbury, coming from a rythmic Office spread in the North-western France, in Toledo and Braga, can represent an occasional choice introduced by a hand which is coeval to that of the compiler of the Paduan Ordinary (they are later additions), the same cannot be said about the antiphons in honour of St. James apostle, which on the contrary seem deep-rooted in the Paduan tradition. Partial affinities with some sources of Cividale show clearer - though later and probably occasional - connections with the Paduan liturgical tradition, especially thanks to an anthiphon for St. Justina and eight responsories for the Sundays of Advent. On the contrary, the two antiphons "Gens Philistinorum" ("de historia Regum") and "Adesto dolori meo" ("de historia Job"), for which till now it hasn't been possible to find other analogous attestations, seem at all isolated cases. The collation of series of antiphons "de Regum", enriched by many sources thanks to the help of the papery or on-line repertories, seems of a certain usefulness in delimiting the areas of their diffusion. Finally, the comparison of the melodic variants of one of these anthiphons ("Montes Gelboe") allows to bring the research into focus from a different point of view, which reveals further analogies among the sources. 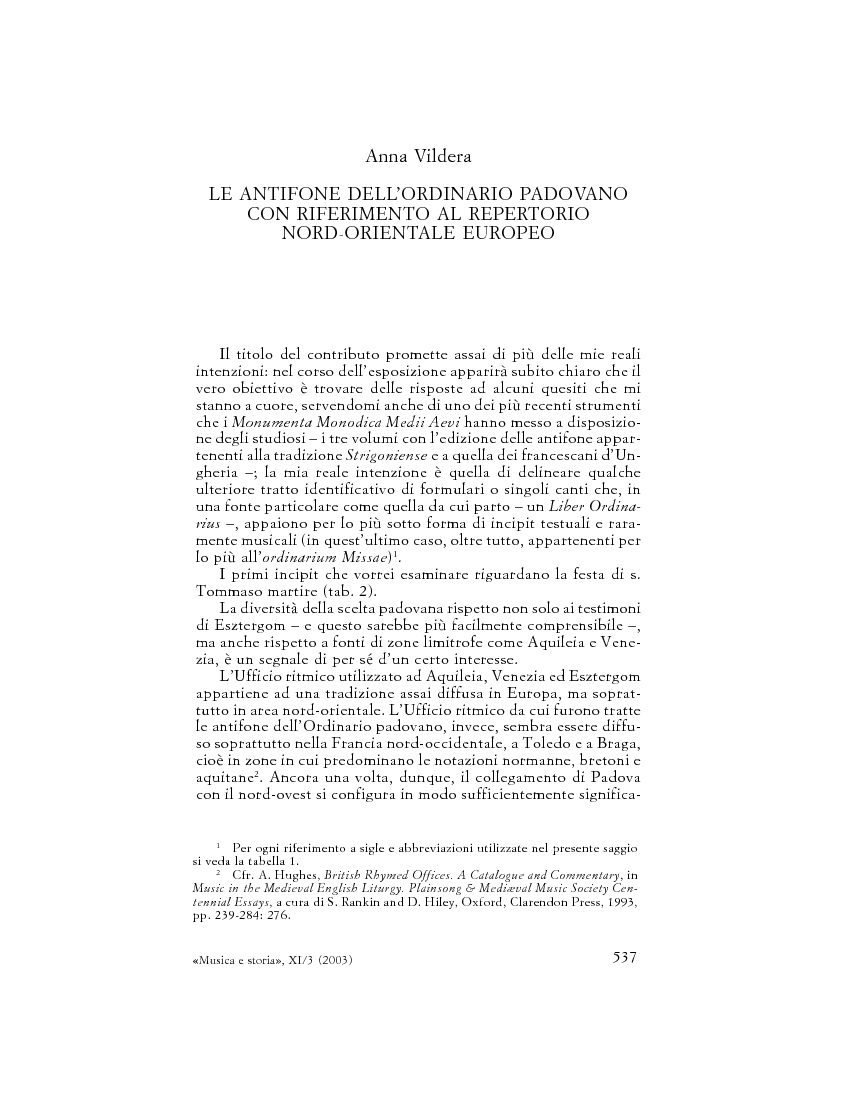