The "Liber Ordinarius" of Florence cathedral, written around 1180, provides information about certain kinds of plainsongs or chants, which previously had not been known to exist in Florence. It records many introit tropes as well as a fair number of sequences for the feast-days of the universal liturgical calendar and for the solemnities of the patron saints Zenobi and Reparata. The article identifies these chants and inserts them into the tradition of Italic churches. Ties are thus highlighted not only to the sources of Northern Italy (especially Nonantola and Ravenna), but also with manuscripts from the Benevento area: it is therefore a repertoire influenced by both North and South, as is fitting for a city like Florence situated in central Italy. As far as the practice of polyphony 'cum organo' is concerned, its performance was forbidden in the cathedral by two rubrics: this ban would imply that it was frequently performed, as is recorded for other Tuscan towns. The Ordinary of Florence, however, remains the oldest Italian liturgical source providing evidence of the fact. 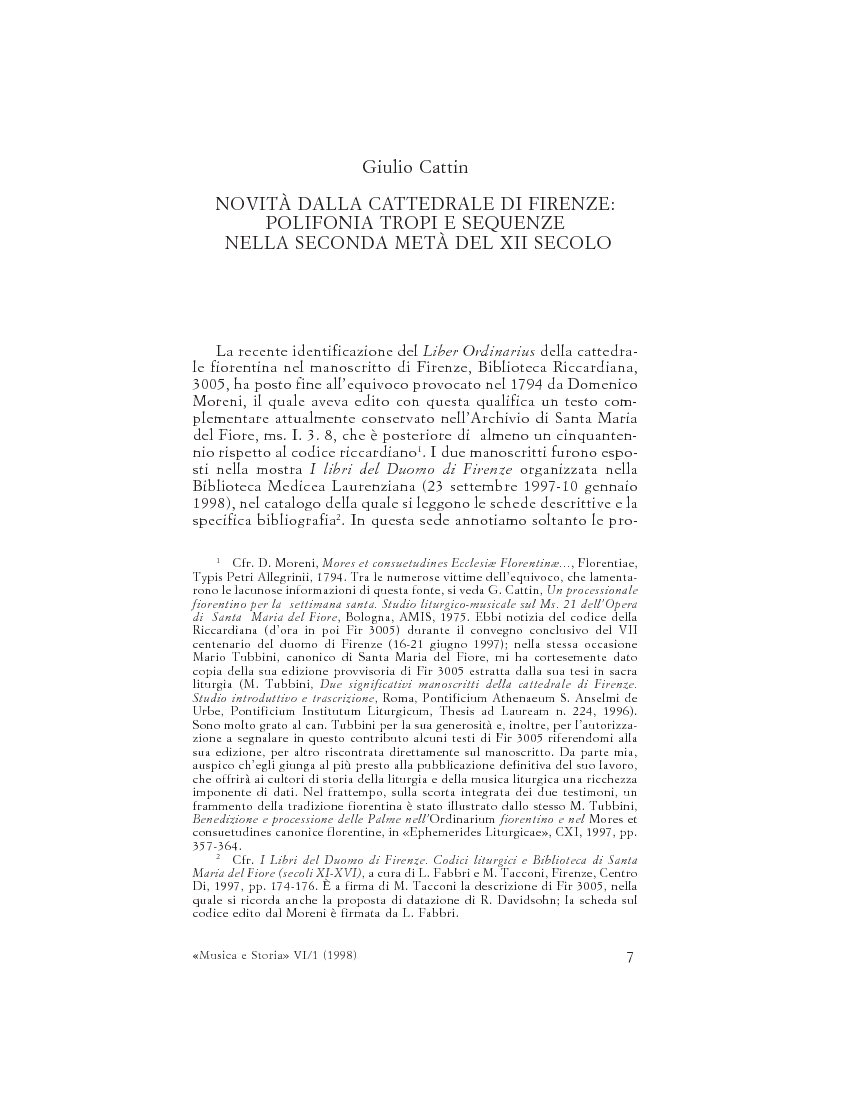