The "musical myths" of Orpheus, Pythagoras and Philomela were assimilated and transformed in original ways in mediaeval Latin Literature. Orpheus became the "figura Christi", who tames "the most destructive animals - humans", and who establishes universal harmony through the power of his singing. Another parallelism was also made clear: through the figure of Christ-Orpheus who manages to save his bride, Humanity, from Hades without losing her again. In the Platonic-Christian tradition, however, Orpheus represents the contemplative mind or the creative imagination of the poet-musician who may reach intelligible worlds for one moment but cannot bring them back fully to the sensitive world. Pythagoras, like Orpheus, was identified as the one who joins earthly life to what is beyond, both through metempsychosis and through his discovery of the rules of cosmic harmony; he was also responsible for fully explaining what the Bible had hinted at "per speculum in enigmate". The evocations of Philomela, the nightingale, share certain motifs with those of the two "founders of civilizations": through her singing, Philomela can achieve the "consonantia" of the world so that she too becomes a "figura Christi". In her grief, however, in the myth of Tereus and Procne, she becomes an image of the human soul which is identified with the pain and the death of Christ. Like Orpheus after losing Eurydice, Philomela transforms her pain into a song of singular, supernatural beauty: thus the bond between Philomela and Orpheus, which Virgil had already emphasised, reaches a new level of awareness in these Christian versions. 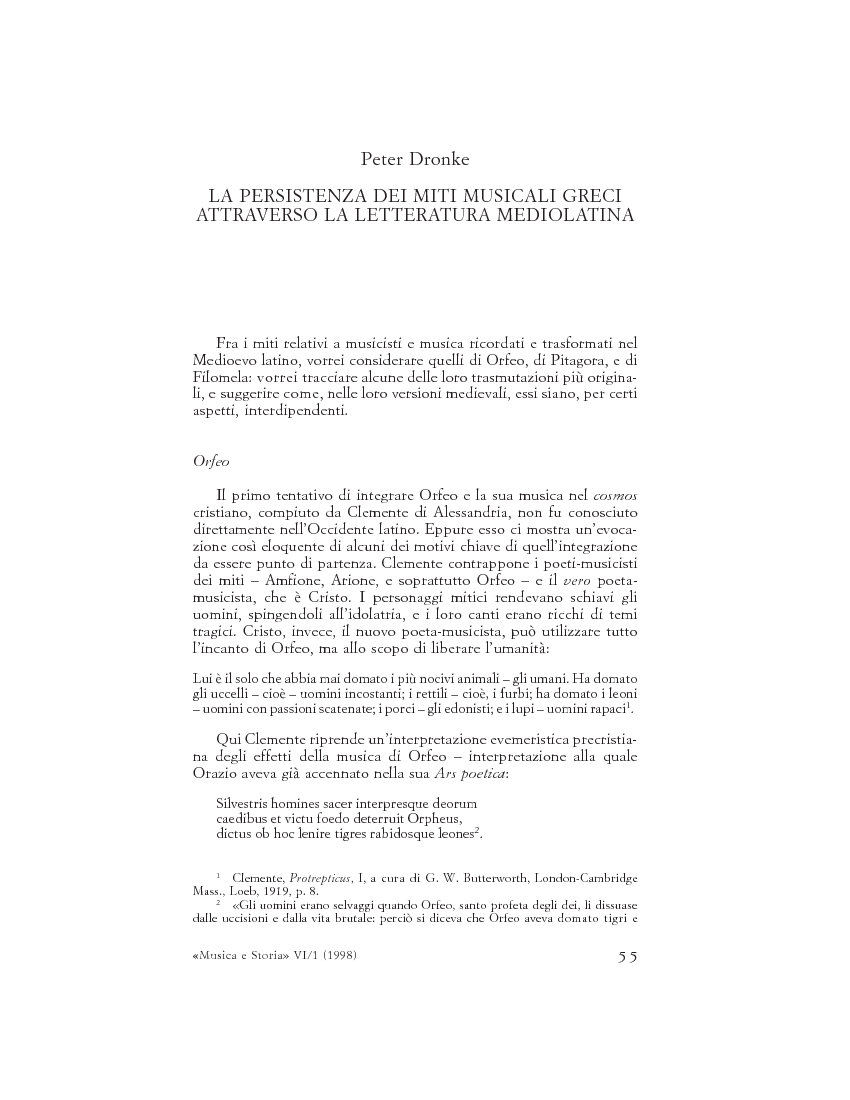