In this study, attention is concentrated on a text (or rather on the fortune of a text), still unpublished, which played a major role in transmitting ancient myths to the Italian Renaissance, i.e. the university lecture on the "Metamorphoses" of Ovid, the so-called "Expositio", given by Giovanni del Virgilio, teacher of grammar and rethoric, at the University of Bologna in 1322/23. The tradition of the musical myth of Apollo and Marsyas in particular is discussed and the following texts are analysed: "The Expositio" by Giovanni del Virgilio, "The Ovidio Methamorphoseos vulgare" by Giovanni del Bonsignori (1375-1377, printed in 1497), "The Ovidio Methamorphoseos in verso vulgare" by Nicciò degli Agostini (1522), "The Trasformationi" by Lodovico Dolce (1553) and "The Metamorfosi" by Giovanni Andrea dell'Anguillara (1561). 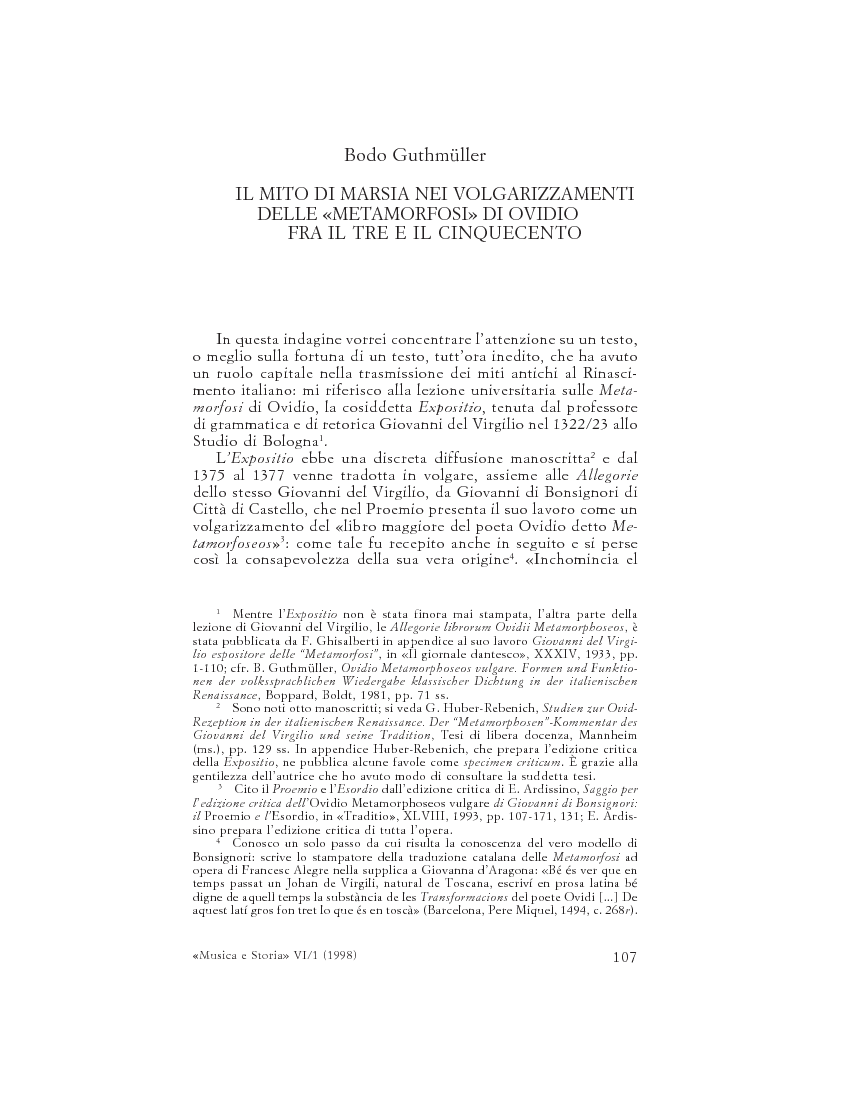