The "De Harmonia mundi totius cantica tria" by Francesco Giorgio Veneto saw the light in 1525 in the ambience of the Observant Order of the Friars Minor. Zorzi's theory is based on the conviction that there is an intimate association and secret relationship between the universal architecture of the cosmos, the emanation of the divine One and the inexhaustible plurality of existing things. As earthly images of the perfect, divine, 'planned' harmony, all the beings of the created world - animate and inanimate - reflect in their structure the absolute, geometrical, mathematical and musical order of their Creator. The doctrines which Zorzi outlines in his works became immediately well-known and in Venetian and Veneto academic circles, spreading out from there into Europe. In Venice the themes of the "imago mundi" and the "consonantia" were taken up and further developed in relation to mathematics and music both by the Accademia della Fama (1557-1561) and the Accademia degli Uranici (1587-1593). Fabio Paolini, author of the "Hebdomades", and a music lover as well as a friend of Gioseffo Zarlino, was a member of the latter. Zorzi's fame spread from the Serenissima to the sixteenth-century French Academies through Baïf and Pontus de Tyard, resulting in the translation into French of the "De Harmonia" (1579) by Guy La Fèvre de la Boderie. 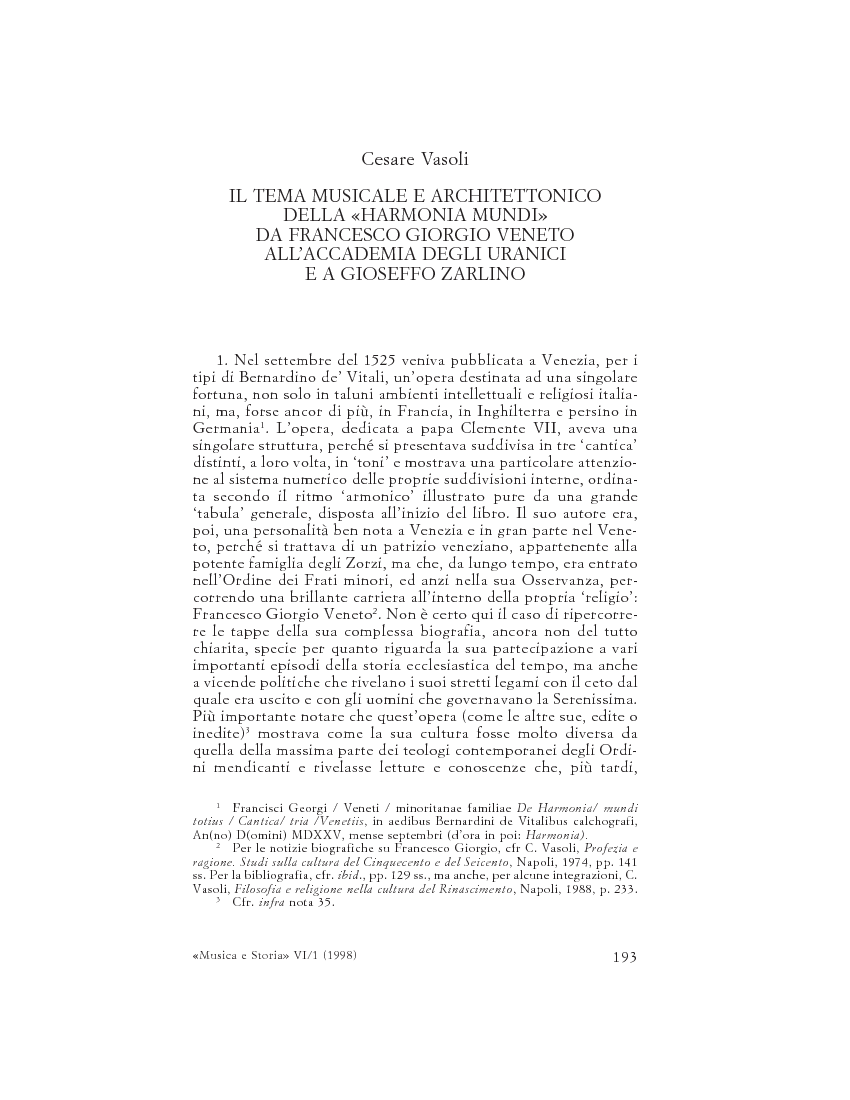