The sixteenth-century Ragusian Croatian woodland drama, like the Italian one which inspired it, is marked by the strong presence of sounds and chants, though these are not preserved in any manuscript, which increase the fantastical and sentimental emphasis of the performance. Its evolution, from Dore Drzic 's eclogues to the fables of Antun Sasin and through Mavro Vetranovicv's "Orfeo" is characterised by the acquisition of a Petrarchian language in Nikola Naljeskovicv's "komedije" (i.e. fables). In the pastorale of Dubrovnik, unlike the Italian one, the presence of shepherds, nymphs and rustic personages (the "vlasi", or, in Italian the "morlacchi") aswell as the fantastical and comic elements is constant. Music serves a didactic function, in the form of comment, or a decorative one, in the form of intermedio. It also serves as a guide through the development of the plot in certain fables by Naljeskovicv and Marin Drzic who, at salient points, insert choral, solo or mimical passages like the moresca. Only rarely are instruments cited in courtly form, while the use of terms taken from slavic folklore is common, even though in actual fact it was certainly the consort that accompanied the music on the stage. The lemma "intermedijo" appears towards the end of the century with Sasin's fables "Flora and Filide", though there are madrigal scenes and choruses which served the same function much earlier. The normative importance of the intermedio is enhanced by the fact that until c.1640, melodramas from Italian libretti use music with acting, regressing to the level of the earlier pastorale. 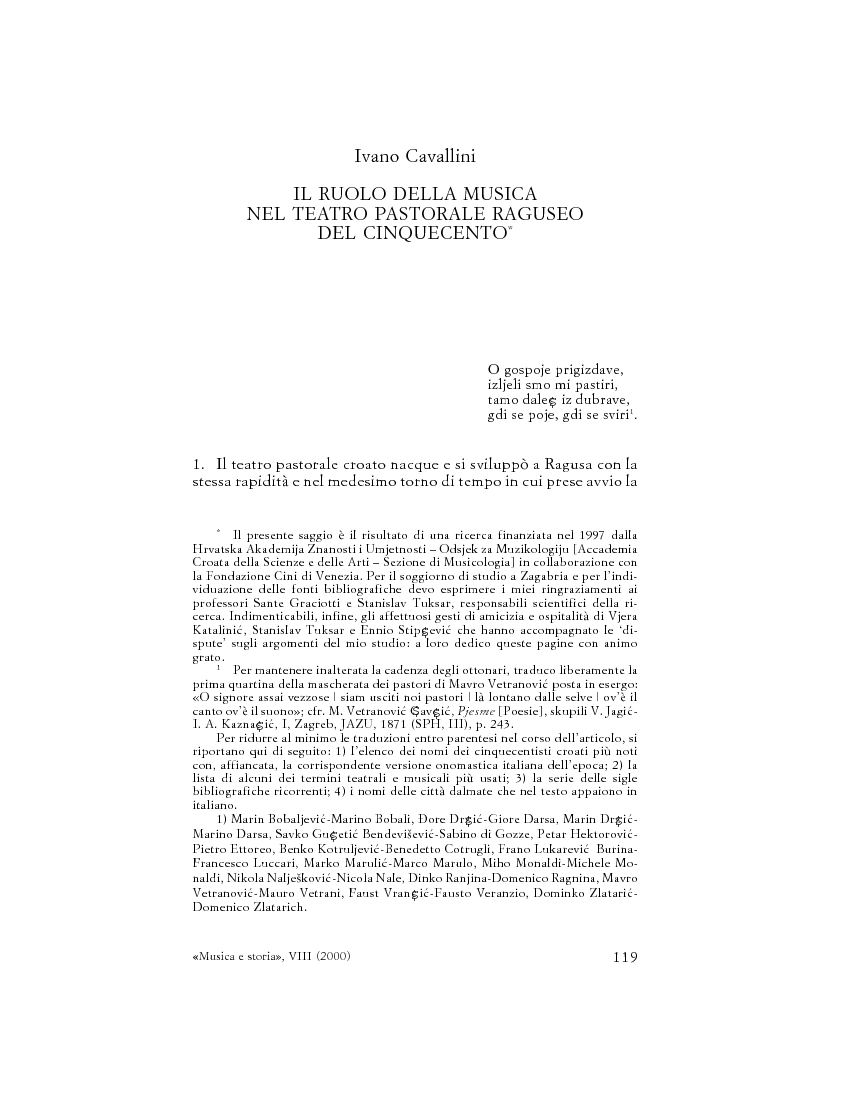