From the seventeenth century onwards, the representation of sacred history - which drew on the long tradition of scriptural exegesis - overlapped with interest in the representation of emotions in music and influenced certain writings in this area (Mersenne); then, in the early 1700s, the intellectuals of the Académie threw new light on the rhetorical interpretation of sacred scripture. Metastasio's "Passione", drawing on both the Viennese tradition of the Entombment and the Passion as recounted in the Gospels, makes learned use of many of the established "topoi". In the musical setting of Stefano Benedetto Pallavicino's remarkable parody of Metastasio, "I Pellegrini al sepolcro" (Dresden 1742), Hasse skilfully uses aria and recitative to bring together the text's various levels in the depiction of the passion and death of Christ. In his end-of-thecentury re-issue of Hasse's sacred and profane works (translated into German as "Meisterstücke des italiänischen Gesanges", 1791) and in his theory of the musical rendition of religious sentiment ("Beiträge zur wahren Kirchemusik"), Hiller returns to ineluctable problems, following somewhat in the path laid down by Mattheson in his defence of the Italian model against the criticisms of the pietist Meyer (1727). Pursuing an ideal of absolute music, Hiller re-evaluates the relationship between a text freed from slavishly formalised content and the abstract rendition of that content in the musical form of pure song - thus restoring the importance of the aria (and in doing so, taking Metastasio's work as a perfect model to be followed). 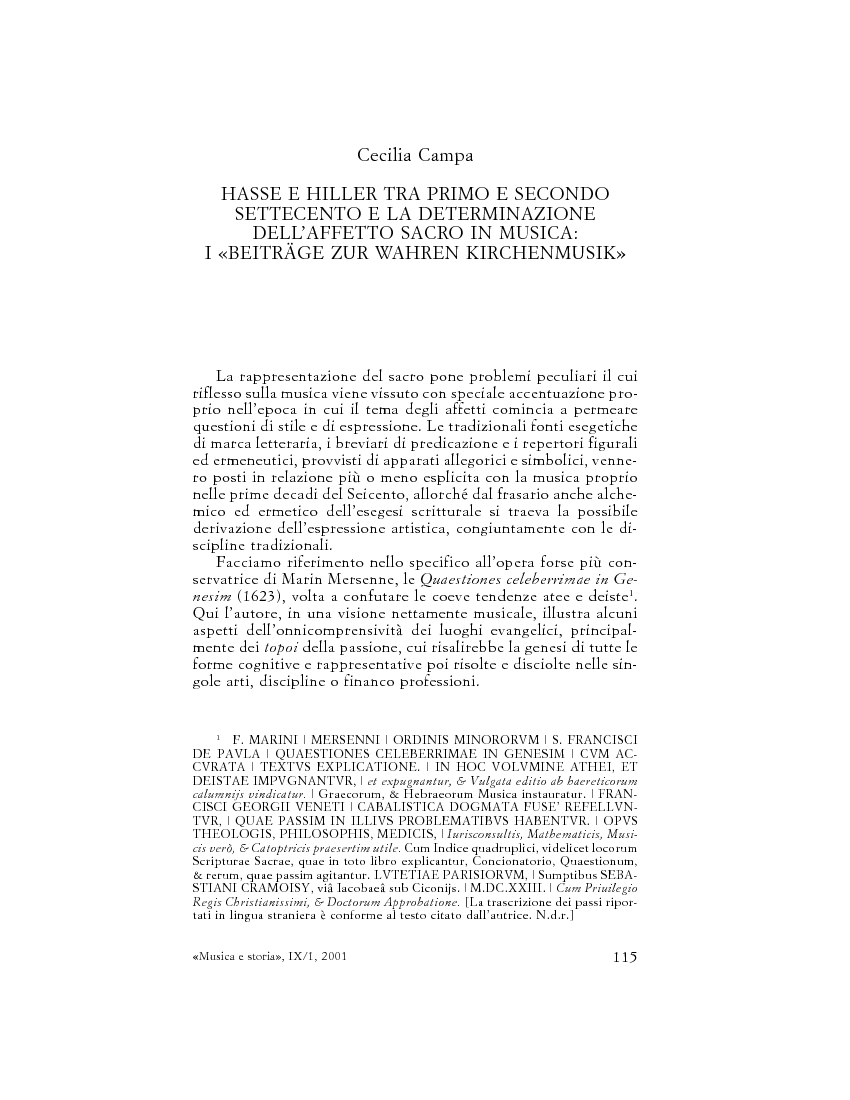