With the exception of the allegorical "Festività del Santo Natale" (written in Rome in 1727), among the seven "azioni sacre" that Metastasio wrote for Karl VI, the "Passione di nostro signor Gesù Cristo" deals with the subject of Christ's passion, whilst the others replace Jesus, Mary and Peter with figures that symbolise or prefigure them in the Bible ("Morte d'Abel" or "Isacco figura del Redentore"). In "Sant'Elena al Calvario" the chorus underlines the moral responsibilities of the enlightened sovereign, whilst "Giuseppe Riconosciuto" underlines the sacred nature of the established order, "Betulia Liberata" depicts a pitiless tyrant who is contrasted with a paternalistic sovereign, and "Gioas" outlines the duties of the monarch. As well as being concerned with political issues, these last four oratorios also respect the rules and conventions of secular theatre: there is respect of the Unities, an opening scene "in media res", the use of asides and scenes of recognition underlined by the usual rhyming couplets (corresponding to an important cadenza in the recitative) and also an increasing use of similes, which are only used once in the Passion, in 'Torbido mar che freme'. This latter is typical of the generally virtuosic "aria di tempesta" and raises the status of the character who sings it, Joseph of Arimethea, who occupies the tail end of the cast list. The two isometric stanzas use the artifice typical of secular drama - such as the rhyme "freme/teme" and the reference to the forests of Hyrcania inhabited by wild beasts. These led both Caldara and Jommelli to treat the text in rather the same way in AA'BB' form with "da capo al segno", adorned with fioritura, repetitions, modulations, asymmetries, imitative sounds and notes at the very limit of the vocal range - all intended to support the rhetoric of the text. Arias such as this, which are full of established topoi, would continue to evoke a similarly "topoi"-laden response more than twenty years later. This is partly because in any linguistic system - but, above all, in the tonal system, which has no established semantics - the "signifiant" is absolutely distinct from the "signifié" and depends on context, on shifts away from the norm, and on the agreement that binds together a certain community (in this case, so-called theatrical conventions). 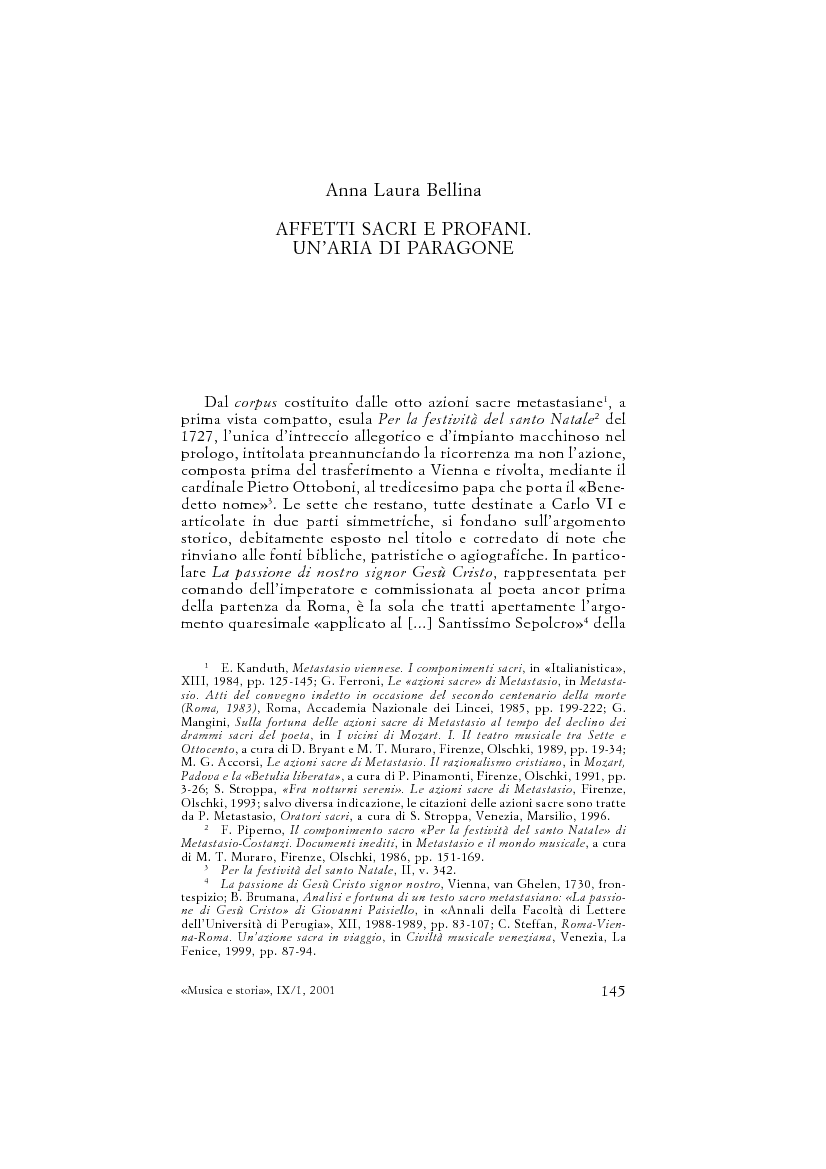