The investigation proposed in this essay is tested on the reversal of the most exemplary approach to the study of the contexts of an historicartistic phenomenon of mid- to long-term duration. In the case in point, with regard to the Venetian musical dramaturgy of 1670-1680, one does not proceed from the observation of the narrative- drammaturgical characters of opera to the research of comparisons of meaning in the Republican historical context; rather, one delineates a broad narrative of the historical context (the years of the war of Morea, and those preceding and following the same) with the aim of allowing glimpses of multiple and faint hypotheses of analogies or of suggestive cross-references between the real historical "plots" and those explicated in the scenic fiction. There results an unfolding of materials useful to the emphasis of certain suggestions, both positive and negative. In particular some negations, striking from the 'representative' point of view, that act as a "basso ostinato" to the repetitive and sometimes insipid or sentimentally tedious action of the dramatic intrigues, correspond to some politico-diplomatic structures very characteristic of the Republic, that insisted as much on obsessively neutral aspirations as on procedures ineffably drawn-out, programmatically inconclusive, and certainly fatal for the destiny of the city state, but otherwise productive in terms of typicality for the poetics of the 'venezianità' (on the guidance of poetic values that evolved from the daily disputes on 'nullity' of the Accademici Incogniti, evoked as spiritual fathers of Venetian opera until Buchardt's theories on the 'Existenz- Malerei', "giorgionismo" and the dissipatory transits "from life to art to life" and vice-versa.) 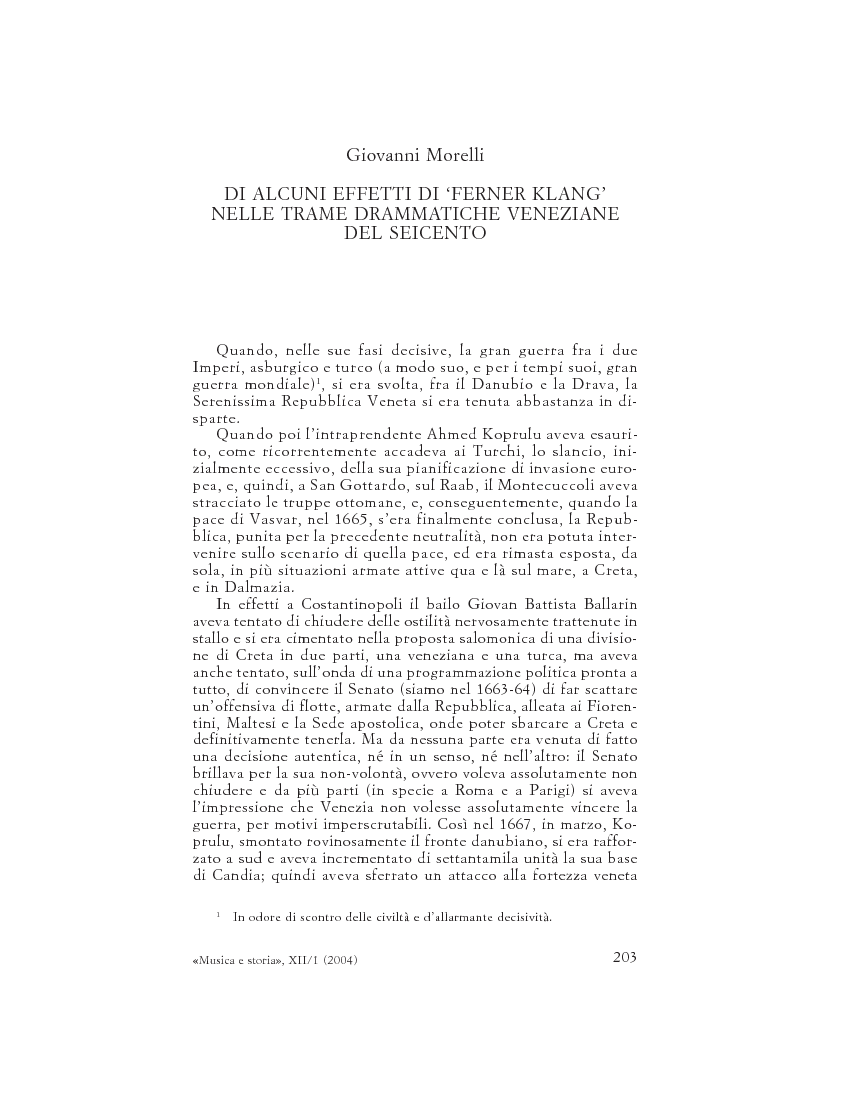