In the second half of the nineteenth century in the Croatian-Dalmatian area, the figure of the "zaratino" musician, Nikola Strmic (or Nicolò de Stermich of Valcrociata), stands out. An acclaimed violinist and prolific composer, he incarnated the figure of the intellectual "di confine", typical of that particular historical-geographical situation: his roots within a family of slavic origin but italianised through culture and social status and moreover elevated to the rank of the Hapsburg nobility, determined in the artist a marked conflict between the era's pressing emergent nationalism and his personal utopian yearning for a condition of multiculturalism "super partes". If such conflict led him to rather drastic and often contrasting political and civil choices, it was essentially on the musical plane that he attempted to realize a synthesis between the various cultural and stylistic components that formed the basis of his artistic formation. In particular, his principal work, "La madre slava", produced onstage at Trieste in 1865 and at Zagabria the following year, constituted an interesting and probably unique point of mediation between the well-rooted Italian operatic tradition and the emerging Croation operatic vein. Although a superficial analysis might perceive it as merely one of the many lesser operas of Verdian stamp produced in the era, a closer reading reveals some notable peculiarities: above all, in the more salient scenes, the author's use of the themes of two extremely popular illirical hymns. These and many other aspects emerging from the analysis of the "Madre slava" and the biography of Strmicv render the composer worthy of further consideration. 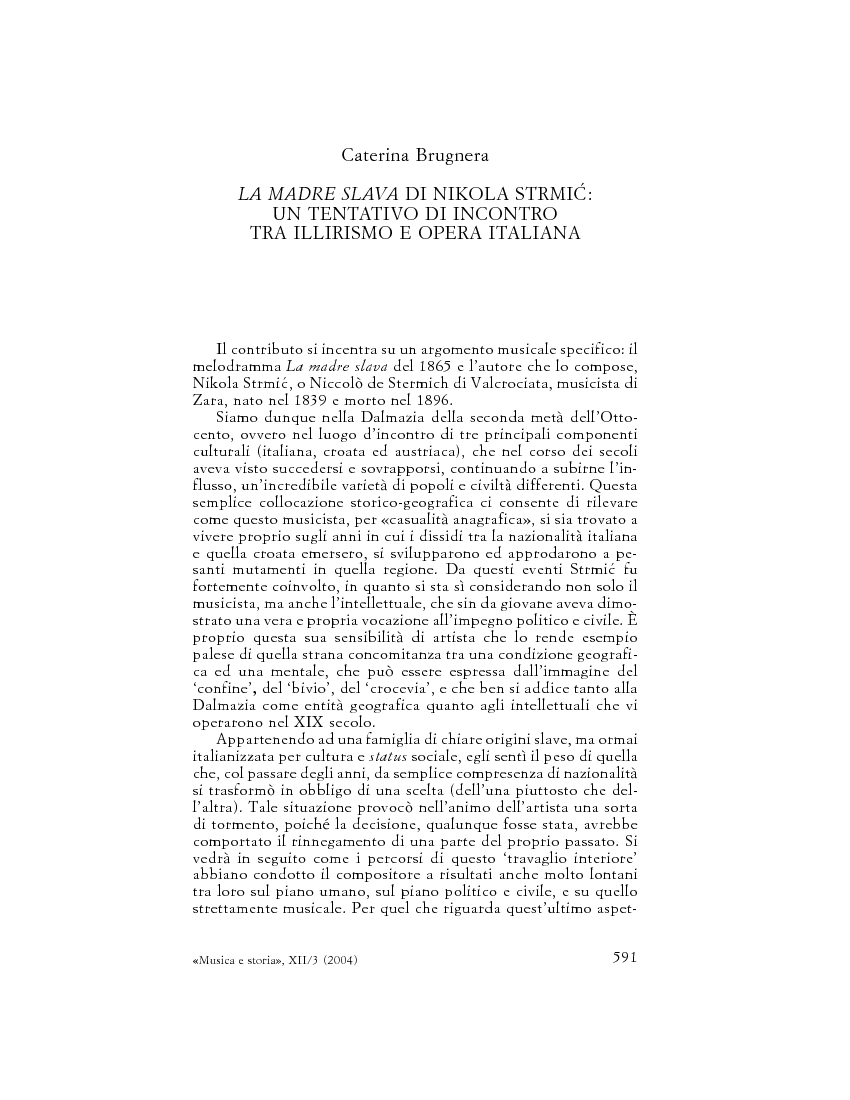