The Jesuit Angelo De Santi (1847-1922) is one of the most important inspirers of the liturgical music reform in Italy. Known, above all, for his work in aid of the Associazione Italiana di Santa Cecilia, he is also an authoritative theorist who develops an original thought in opposition to the music historiography of his time. De Santi's ideas about the controversial issues on sacred music, at the end of the nineteenth century, appear in a set of articles published between 1887 and 1892 in the periodical 'La Civiltà Cattolica'. The topic of his studies is represented by the restoration of early Christian chant and the promotion of liturgy as a communication event, in which music has not a decorative role. In this sense, comparisons between early sacred music and contemporary music become unavoidable: particularly in connection with the Leitmotiv technique of Wagner dramas. De Santi, on the basis of a deep knowledge of aesthetics and theology, traces a sketch of music and liturgy in the Western Europe civilization. Paradoxically, the results are not different from those reached by positivist oriented musicologists. However, the approach of this learned priest demonstrates that his ideas are influenced by a neo-Thomist theory, applied to the history of music. 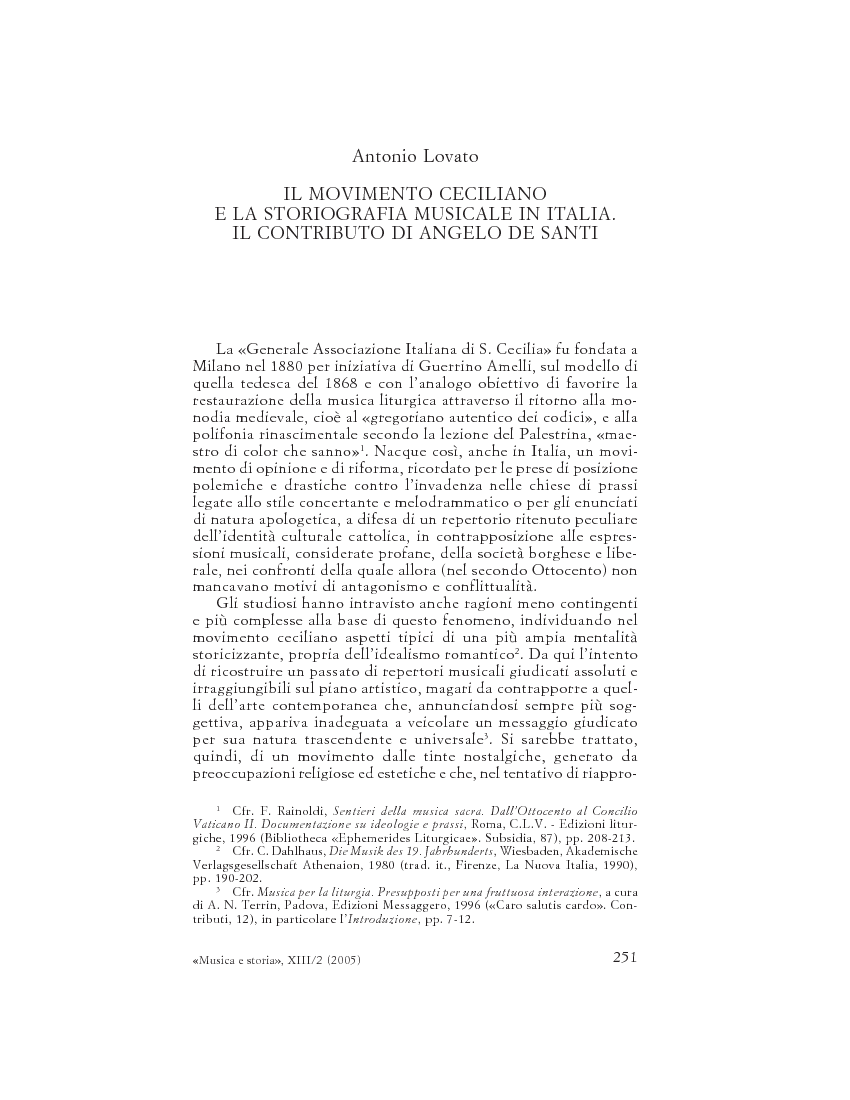