The interpretations of the musical Renaissance made by Gerolamo Alessandro Biaggi (1819-1897) and Alfredo Untersteiner (1859-1917) were extremely divergent, but both were equally emblematic of the two principal historiographical trends in late nineteenth-century Italy. On the one hand, we find the approach of those who concentrated primarily on sacred music and allowed themselves to be influenced by matters of faith; and on the other, that of historians who made no distinction between the sacred and secular domains and concerned themselves with evaluations of music-historical relevance. The two views of the musical Renaissance are here compared; and in turn, both are compared with the conceptions of the Renaissance that exerted a deeper influence on the historical disciplines in Italy during that period. The aim of the double comparison is to identify the historiographical methods developed by the earliest Italian musicologists and their kinship with the methods adopted at the same time by civil, philosophical, literary and art historians. However, an informed approach to Italian historiographical thinking must also take into due account other aspects: the link with the preceding tradition; the connection with the current ideologies (understood in the broadest sense); and finally, the country's problems at that particular time (both material and ideal), with which those same music historiographers necessarily had to come to terms. 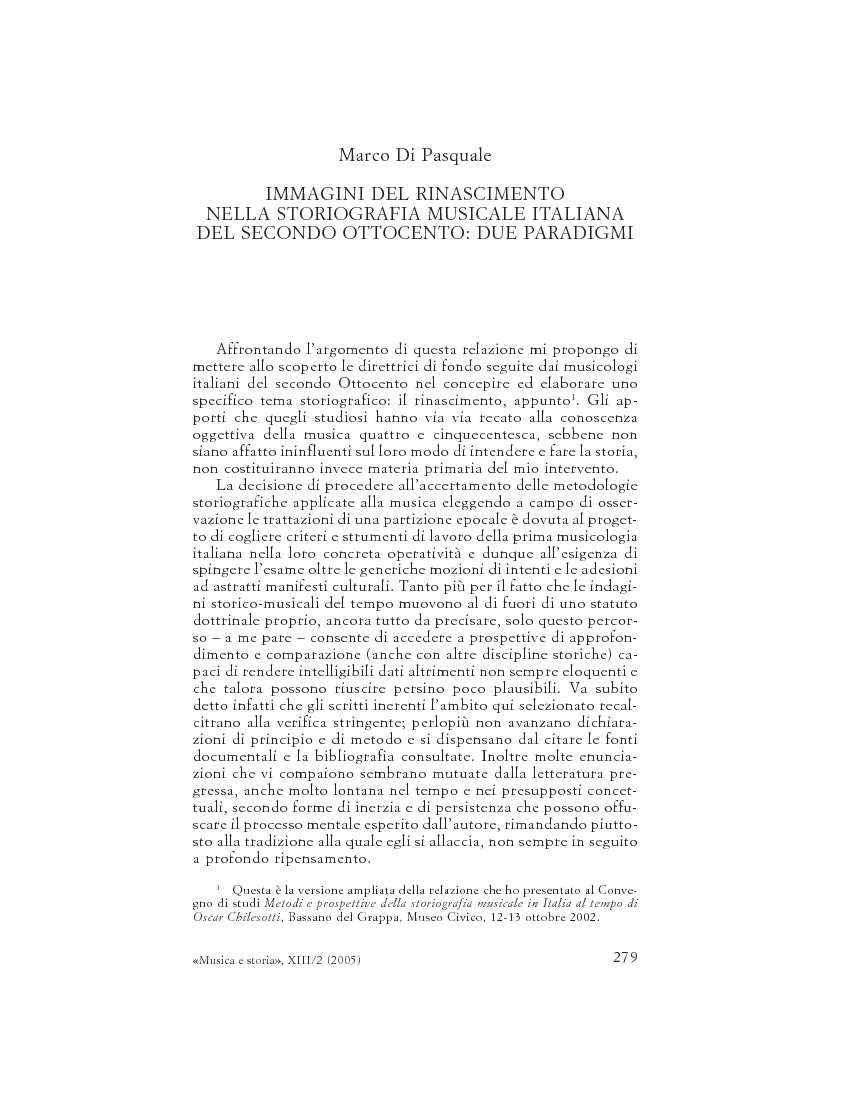