Within the context of an overall historico-musical research based on the ecleticism of nineteenth-century researchers, and keeping in mind the attention Oscar Chilesotti dedicated to popular culture in general and musical popular culture in particular, having been seized by the notion of a Music Historiography intent on capitalizing as a source also the popular 'voice' (that is to say, popular song) and thus adhering to the aims of an innovative (for those times) methodological codification of a true 'History of Music', this essay highlights the great contribution of Giuseppe Pitrè, the distinguished Sicilian folklorist of the nineteenth century, to whom the artefacts of popular music were validated as cultural documents. The author recognises, however, a specific competency of a musicological kind in the renowned folklorist Pitrè never acknowledged previously. Such a theory derives from the views expressed in the autobiographical notes present in the 'Archivio Pitrè' (now in the National Ethnohistorical Archive of the International Centre of Ethnohistory in Palermo), which is dealing with the Pitreiane documents prior to the 'Edizione Nazionale delle Opere' dedicated to him. The research analyses as an exemplar a correspondence between Pitrè and the musician Frontini that reveals Pitrè precisely as the greatest expert of 'Musica Popolare', which the 'classical' nineteenth-century musicians, especially those steeped in romantic idealism, were then 'discovering' as significant. The essay is completed with documents originally deriving from the National Ethnohistorical Archive, amongst which is the song 'Quei di Favarotta', which presents musicological annotations in Pitrè's hand, as well as being an extremely rare testimony of a love-song 'al femminile' ('in the feminine'). 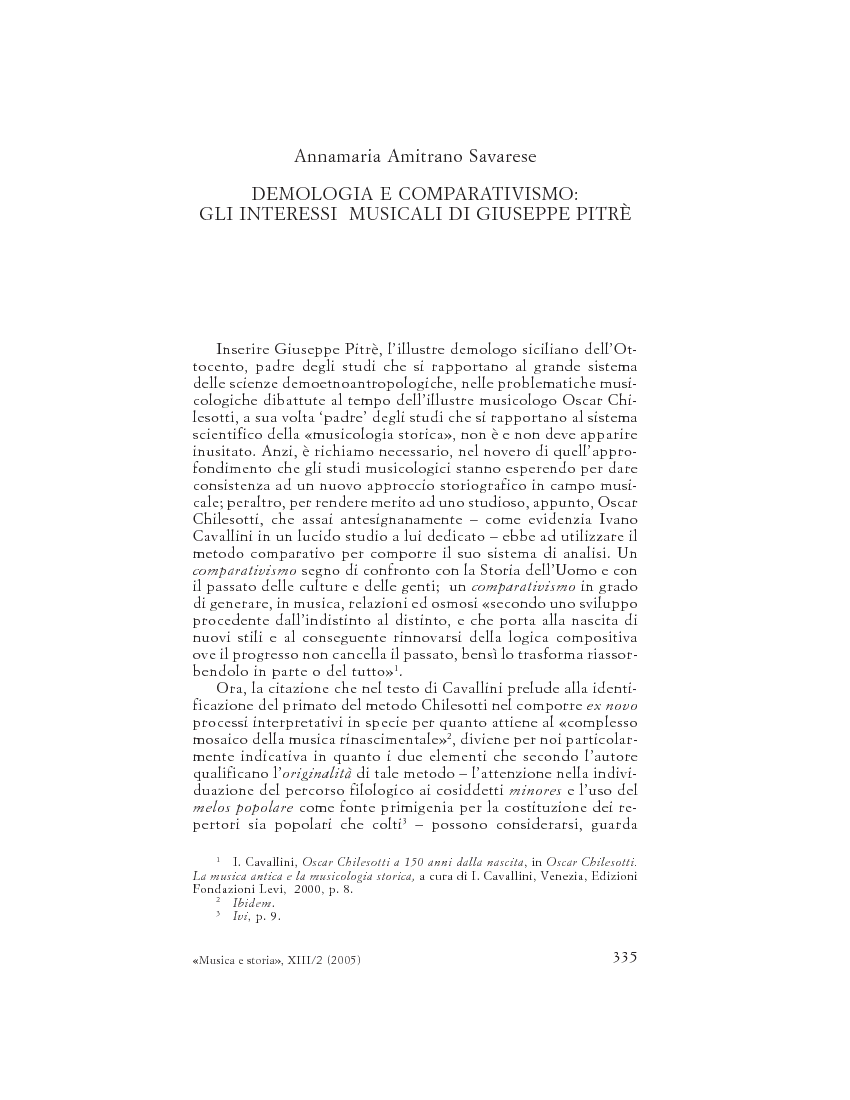