Referring to the studies on folk music flourished in Italy between the nineteenth and twentieth centuries, this paper highlights the contribution of some musicians who turned their attention to what was then generically defined as 'popular song'. Leone Sinigaglia, Alberto Favara and Giulio Fara conducted their investigations by gathering directly 'from the field' popular traditional melodies: a frequently wearing task, undertaken in solitude and within a cultural context that little favoured such researches. The scientific validity of their research methods is not analysed here; rather, the focus in this essay is on the points of departure that guided such researches, the concept itself that these musicians had of popular song and the reflections elaborated in the course of their investigations. Leone Sinigaglia, having been educated in the Viennese ambience at the end of the nineteenth century in contact with Brahms and Dvo(rák, conducted his research in the Piemontese territory guided by Costantino Nigra's 'Canti popolari del Piemonte'. The Sicilian Alberto Favara, supported by the mastery of Giuseppe Pitrè's folklore studies, was an untiring collector of melodies, and conducted a full examination of the nature of song on his island. Finally Giulio Fara studied Sardinian music, but broadened his deliberations to the analysis of song as a product of feeling, focusing on the elements that influenced his ethnic traits. 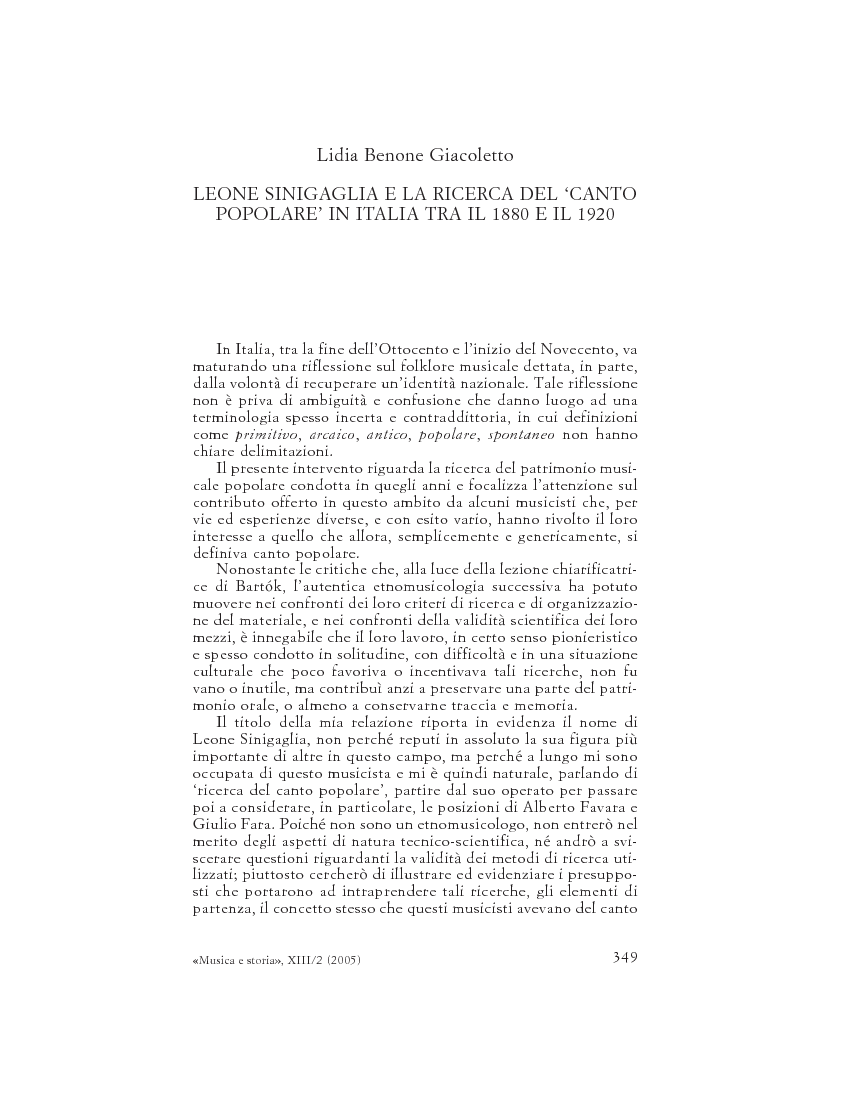