Pietro Barignano, who was born in Pesaro at the close of the 15th century and died before 1550, had an opportunity to frequent the culturally most dynamic courts of his day: Urbino, Mantua, Milan, Rome (with long stays during the pontificates of first Leo X, then Clement VII) and Venice. He enjoyed a solid reputation with his contemporaries (being praised by both Ludovico Ariosto in the "Orlando furioso" and Pietro Aretino in the "Ragionamento delle Corti"). Moreover, his poetic output, consisting of 155 texts (eighty-five sonnets, forty "ballate", nineteen madrigals, six canzonas, three "sestine", a single canzona stanza and a "capitolo ternario"), enjoyed great success, as is attested by the 121 literary sources transmitting his texts. But the extent of Barignano's poetic work cannot be fully measured if one does not also take into account its wide diffusion in music. Indeed his success in music both precedes and follows his literary fortune: on the one hand, his early texts circulated in musical sources; and on the other, at the start of the 17th century, when his literary reputation could be already said to be over, his lyrics were still to be found in musical editions. After offering a biography of Barignano that is more exhaustive than those formerly available, this article presents a catalogue of the musical editions containing the poet's verses, and also attempts to identify the routes by which his texts reached musicians chronologically so distant from one another. 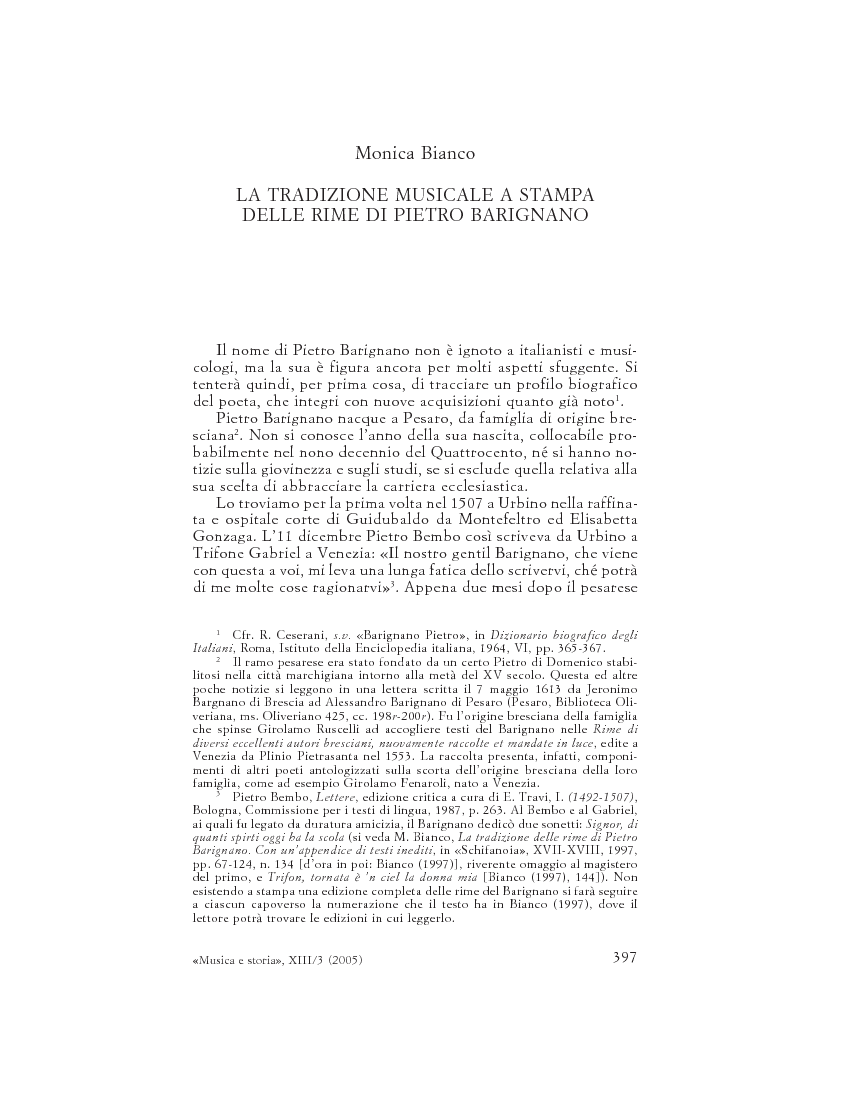