Adriana Ferrarese, the first singer of the role of Fiordiligi in "Così fan tutte", perfected her musical training at the Venetian Ospedale dei Mendicanti, where she was taken in as a nineteen-year-old in the early months of 1779. There, between 1780 and 1782, she performed to great applause in six oratorios. Her stay at the Mendicanti, however, came to an end with a remarkable scandal: for on the evening of 8 January 1783 she fled with her lover Luigi del Bene, son of the pontifical consul in Venice, and a fifteen-year-old companion, Bianca Sacchetti. Recovered by police officers, the two girls were taken back to the Ospedale and placed in reclusion. Later, Adriana was dismissed and thus, in spite of the consul's strong opposition, was able to marry Luigi. Considerable light is thrown on this episode and on certain surprising background details by a collection of documents recently rediscovered in the State Archive of Venice. The article also throws light on actions later taken by the consul to prevent his daughter-in-law from appearing in the Venetian public theatres. In spite of the international celebrity by then achieved by the singer, his "veto" held sway until 1797, the year of the fall of the Republic. In the Appendix are transcribed 20 documents, among which confidential letters of the Venetian authorities and memoirs of the two lovers. 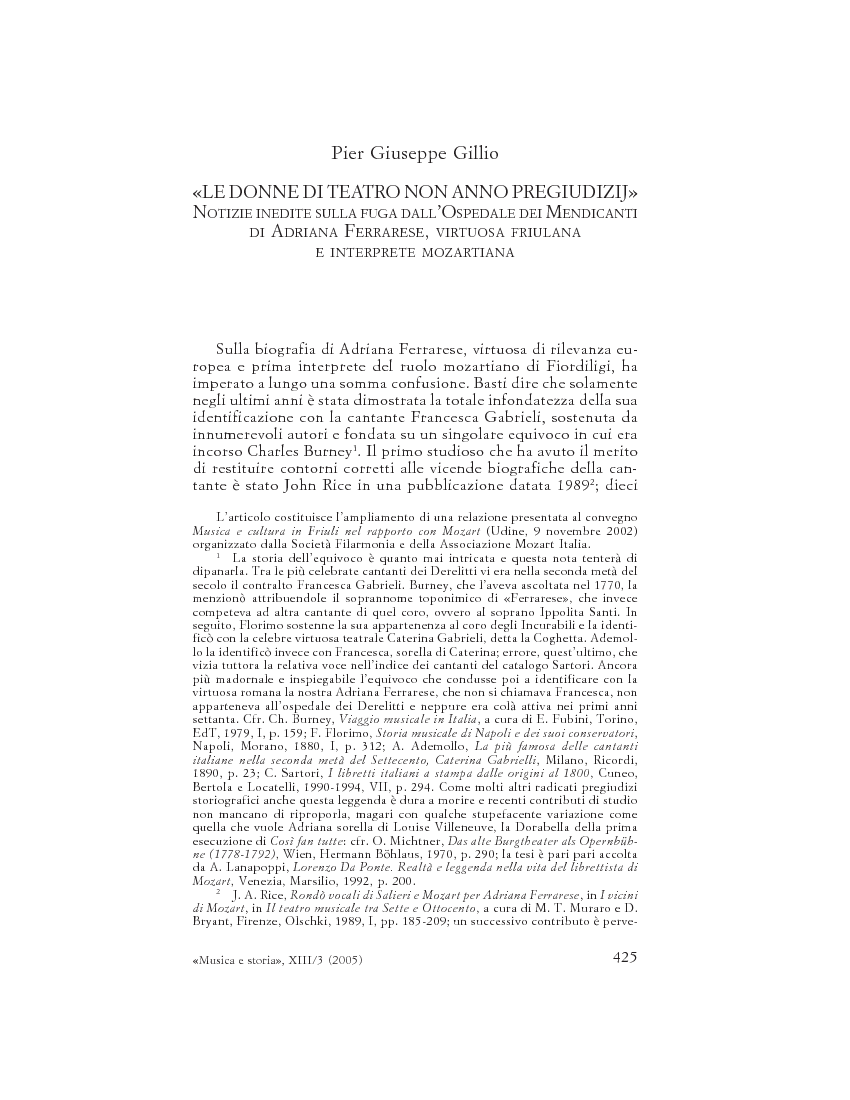