Any reflection on the relationship between religious language (and more properly the language of prayer) and literary culture (hence also the present paper) must takes its cue from the fundamental contributions of Giuseppe De Luca and Giovanni Pozzi, from a recognition of the importance of a "history of piety" and of the presence of a prevalent form of religiosity (and hence of language) of an Alfonsian stamp (from St Alfonso de' Liguori) that is markedly devotional, sentimental and tending to the marvellous, as against the modern needs proposed by Vatican II. The language of the liturgical chants at present in use amply documents the phenomenon, even if the repertoire with committed, post-1968, pretensions has not completely failed. This is demonstrated by an analysis of certain samples of the two categories. The most serious proposal of renewal (at present a minority proposal) can come from an adoption of Biblical pieces, suitably chosen and barely retouched (for example the Psalms translated by D. M. Turoldo) or drawn from the great Patristic and Christian tradition (St Francis, the ancient hymnography, the great mystics). 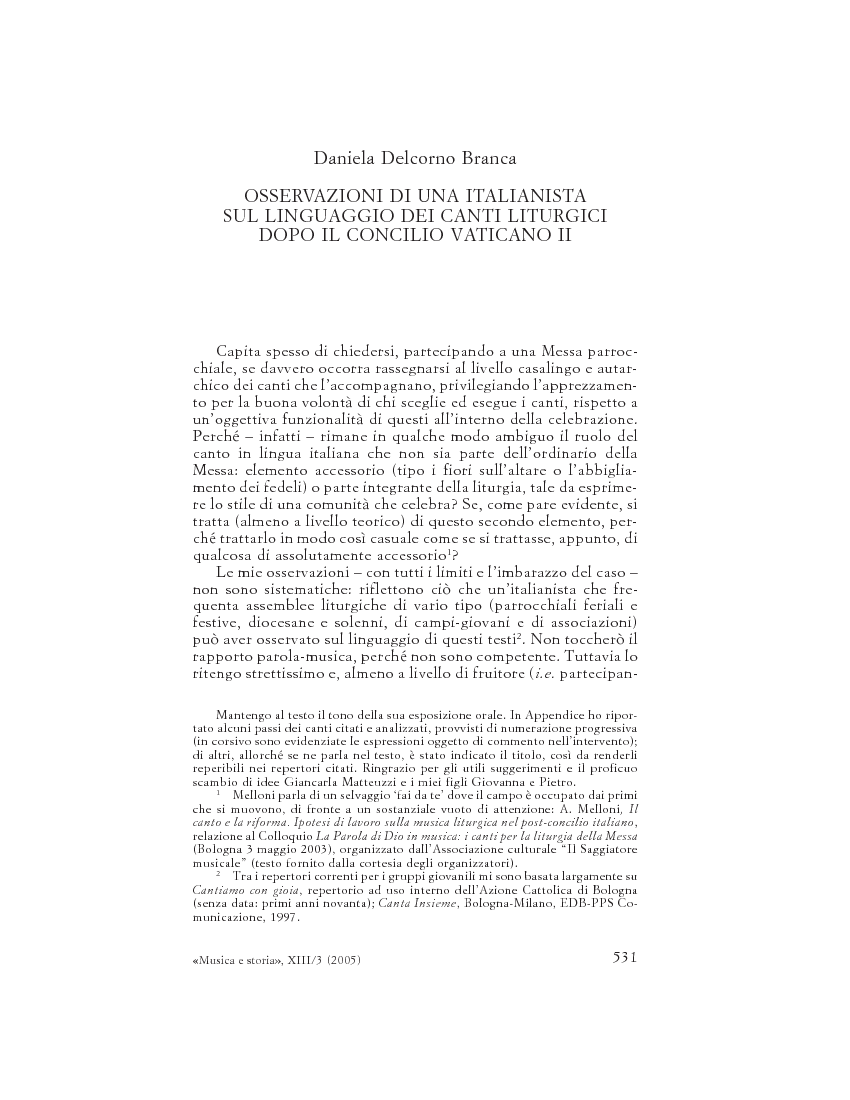