Ever since the 19th century the chants of the Mass Ordinary have offered occasions for innovation and experimentation within a process of reform whose objective was the participation of the people in the rite. After Vatican II the composers of sacred music were given the opportunity to use the national language, which meant that it was necessary to construct a new musical language, one that could be understood and experienced by the congregation of the faithful in accordance with the dictates of the "Sacrosanctum Concilium": "To such a full and active participation of all the people must be dedicated a very special care in the framework of the reform and of the promotion of the liturgy" (I, 14). What was needed, therefore, was a style that would not break with tradition, but which would not even exclude "a priori" the contemporary idioms. This paper aims, therefore, through an analysis of certain Masses composed by representative Italian composers from the 1960s onwards, to observe on the one hand how that "very special care", addressed to congregational participation in the singing, was interpreted by the musicians and, on the other, to verify if a common language has effectively emerged within this repertoire. The negative answer at which the inquiry arrives stresses the complexity of a process that has not succeeded in finding a shared line of development, in spite of the originality and variety found in the musical solutions proposed. 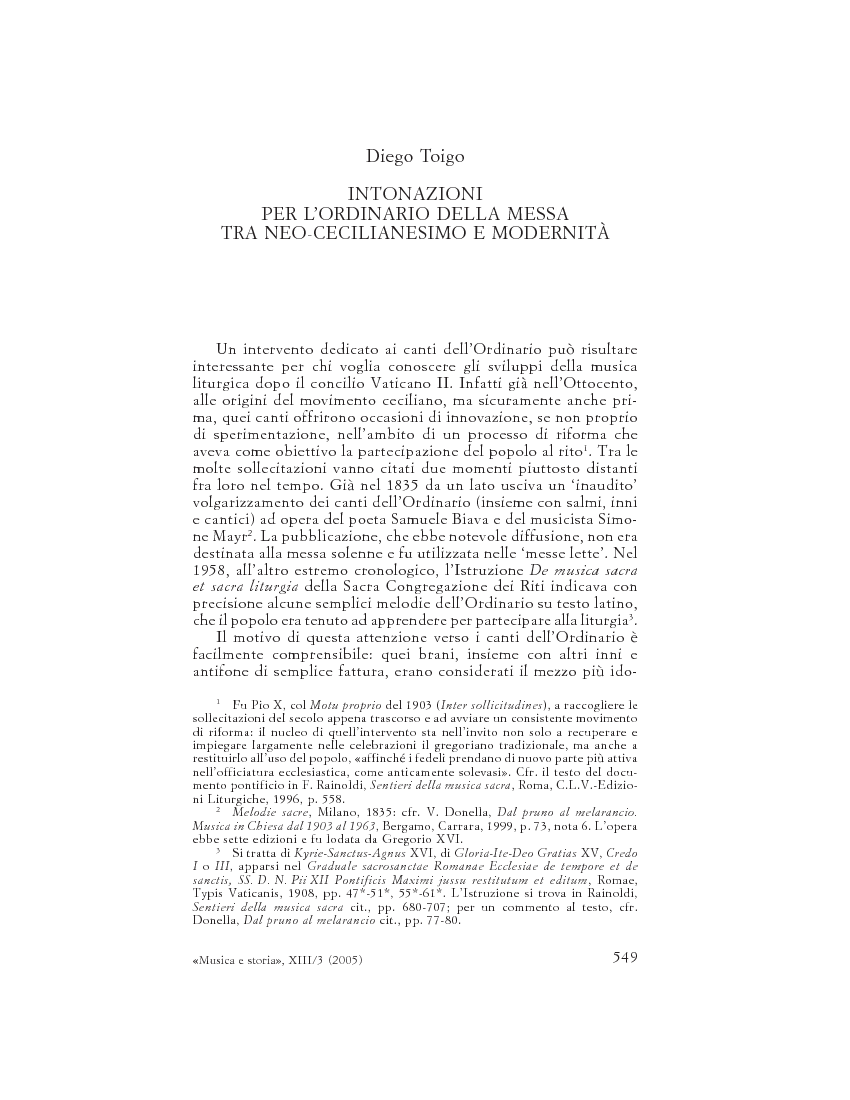