This essay re-examines Haydn's oratorio in the light of the biblical texts which inspired it, in particular "Genesi" 1,1-2,4. The exegesis takes account of the interpretative canons of the time and of the studies undertaken in successive centuries. The essay also insert itself in the critical debate on the evaluation of the libretto that has produced diametrically opposing results, determined by the controversy surrounding the identification of the author who, nevertheless, remains unknown. There are those who maintain he was a contemporary of Haydn, belonging to the German cultural grouping strongly influenced by the Enlightenment, reaching the conclusion that the libretto on one hand secularised the biblical reading and on the other consecrated the deistic interpretation. Others, however, resting on the report that the libretto had already been offered to Handel, demonstrate that its composition dated half a century earlier in England and in a non-deist religious ambit. The biblical analysis undertaken here, the comparison with Milton's "Paradise Lost" (from which the oratorio derived or better, from which it extrapolated some passages) and Haydn's own demonstrable sincere spirituality and religious practices support the thesis that the oratorio is in full agreement with the Bible and the Christian faith. 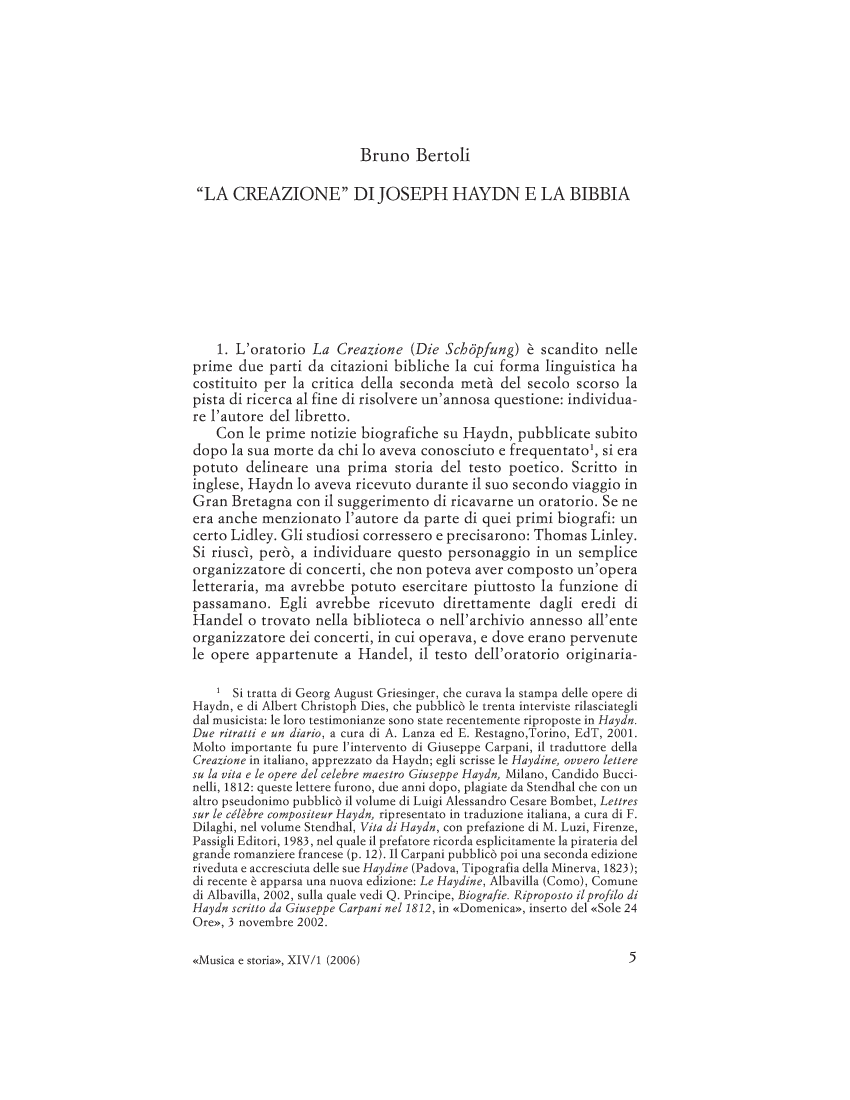