In the fifty years he cultivated the aria with da capo (or more correctly dal segno) in every kind of genre (theatre, oratorio, cantata), on the whole Johann Adolf Hasse displayed a preference for highly homogeneous material. If Hasse's da capo compositions, which were met with such great success by his contemporaries, are subjected to closer scrutiny, it is possible to identify two approaches that are both extreme and opposite and which, from the end of the 1730s onwards, imposed themselves as an alternative in the conception of the greater arias: two paths that were followed to the end of the Saxon composer's lengthy creative experience, without corresponding to any specific, consecutive phases. On the one hand there was the tendency to create a sort of miniature drama within the aria with da capo, thanks to the subtle, analytical reinterpretation of the poetical text while - on the other, there was the exacerbation that was so typical of Hasse to thematic frugalness in the direction of the aesthetics of Viennese Classicism. It is perhaps no coincidence that the clearest examples of this tendency go back to the composer's stay in Vienna during the 1760s. 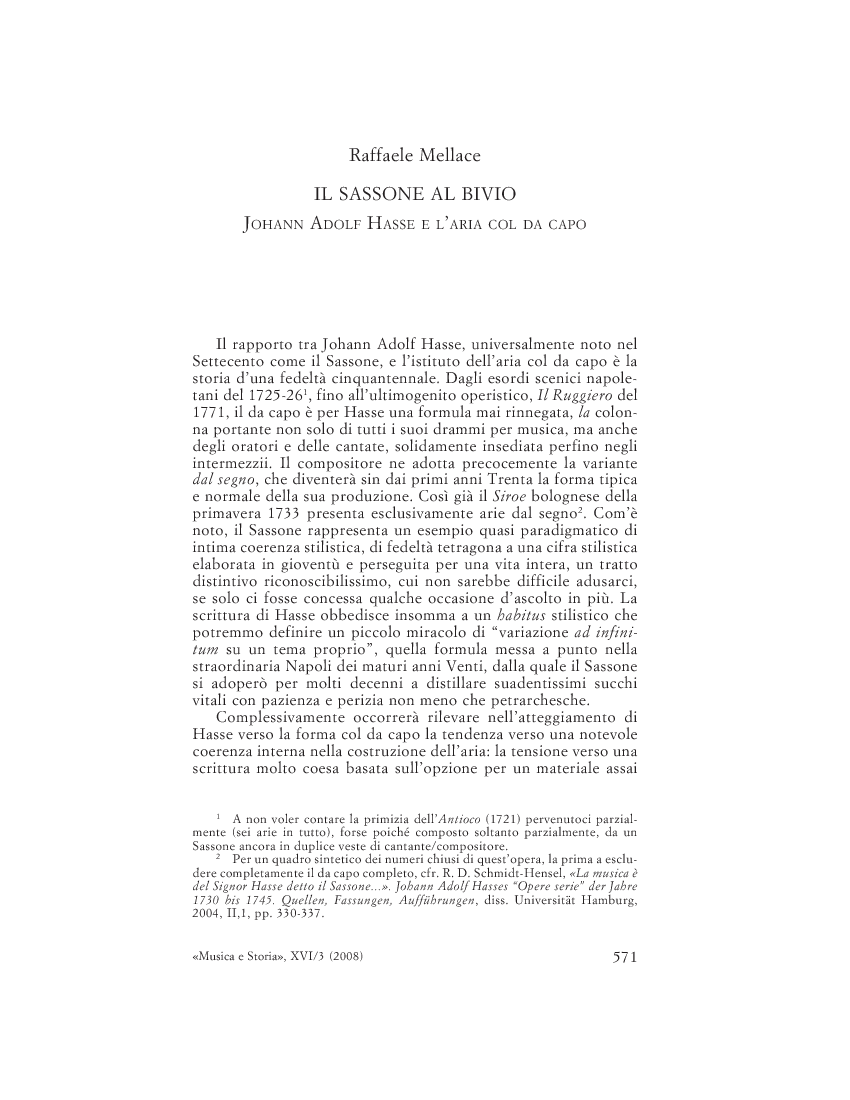