The zarzuela was the most characteristic genre of Spanish music theatre since its emergence at the Hapsburg court during the seventeenth century, and throughout the eighteenth century it was regularly staged in public theatres. From 1730 to 1750, José de Nebra was the most important composer of stage music in the city of Madrid, during a period in which the Metastasian dramma and the first professional Italian opera companies arrived in Spain. Characterized by the combination of sung and spoken parts, eighteenth-century zarzuela is a very flexible genre influenced by both Spanish theatre of the Golden Age and Italian opera (seria and buffa). Thus, Nebra's zarzuelas reflect the coexistence of "Spanish" musical forms (coplas, seguidillas, coros) as well as the significant presence of Italian forms, especially the da capo aria. In this "mixed" climate, the flexibility of Spanish drama would affect the form of arias including so-called arias "de doble afecto" (double affection) and the use of ensembles at the ends of acts. 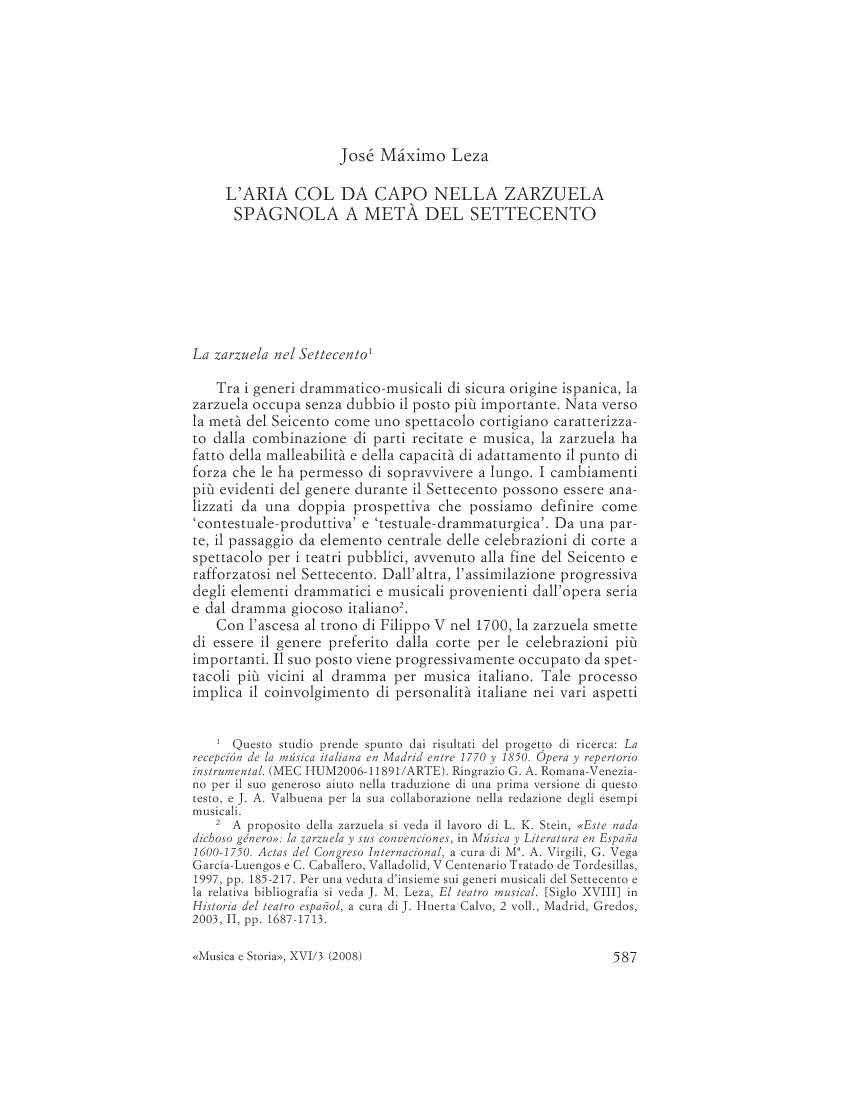