The treatises on music theory published in the sixteenth century offer an eloquent insight into the history of the word "armonia" (harmony) in its technical-musical sense. It is indeed in this century that this word registers its highest number of meanings. While these are a synthesis of the Greek tradition with that of the Middle Ages, they also open the way to the modern notion of the word that is set in the eighteenth century theory of tonality. Firstly, this study reviews the array of definitions found in linguistic and musical dictionaries. Hence it presents a diachronic account of the developments of the word from its origins in Greek culture and throughout the late Latin culture and the Middle Ages up to the sixteenth century. Drawing from the data bank of the "Lessico musicale italiano" (or LESMU, the Italian Musical Dictionary), the meanings and relative synonyms of armonia which were common in the seventeenth century are identified. These are divided into two conceptual contexts that refer on one hand to the ancient monodic musical tradition (as synonyms of "aria", "canzone", "concinentia", "consonantia", "constitutione", "genere", "melodia", "modo", "modulatione", "symphonia", "tono", "tropo"), and to the polyphonic tradition on the other (as synonyms of "accordo", "concento", "concordanza", "concordia", "contrappunto"). 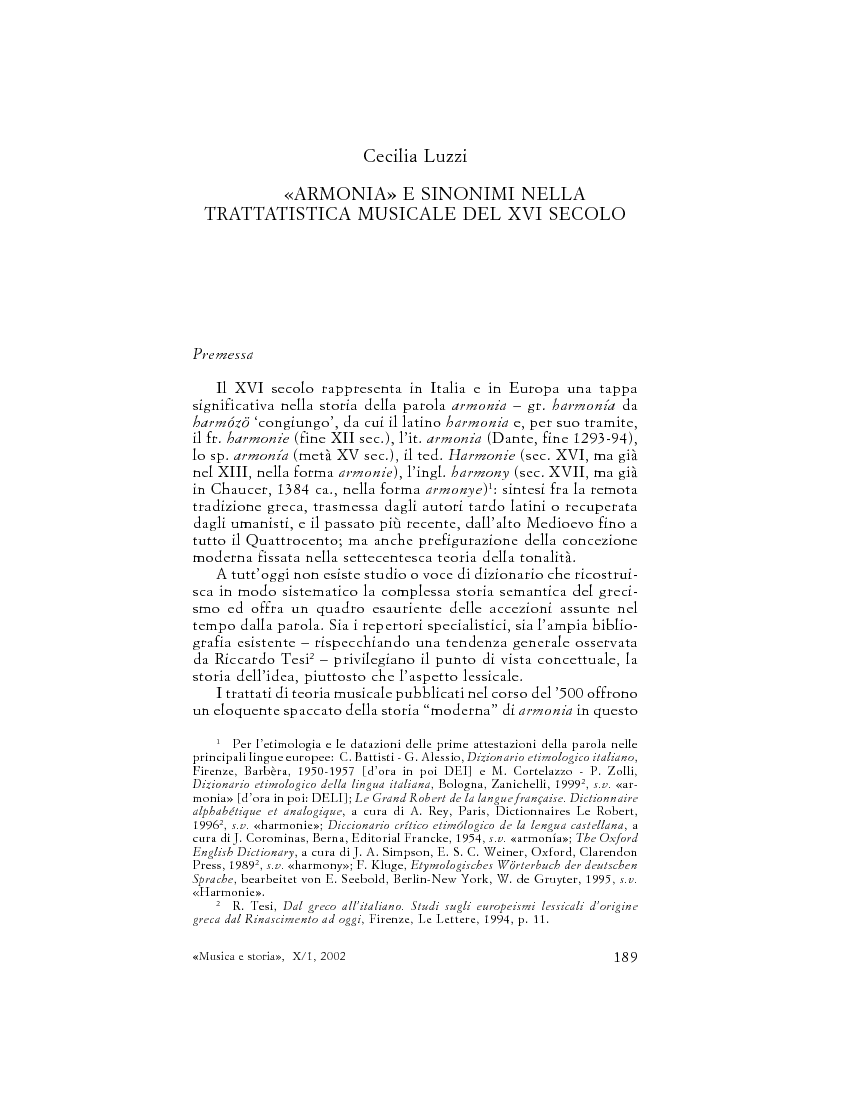