The adverbial expression "etcetera" inhabits happily also the musical context, often with an underestimated value. It is frequently found, for instance, in the captions of opera librettos where the detailed description of gestures and actions is interrupted at its onset, leaving one to suppose a series of stereotypical attitudes that are well known to the performers in the moment in which they are about to interpret their roles, be these of ordering queen or imploring old man. The effect is present even in the stage context when the captions describing a change of scene - unexplained by "etcetera" - leave the detailed directions not as much to individual details as to the main elements, evidently relying upon the preparation of already prearranged sets that all theatres have at their disposal. A spon taneous question thus arises: is there a type of "etcetera" whose nature is strictly musical? There could be a positive answer identified in those compositional instances in which the composer suspends the rules of music writing through the use of consolidated performance practice (for instance, when indicating with a simple fermata the necessity to elaborate a more or less articulated cadenza). Nevertheless, the very same word "etcetera" is also found in scores when the author leaves the interpreters free to define precisely the instrumental whole (for instance, in the sector of unspecified percussions), or authorises the substitution of an instrument with unspecified others. This article is based on describing some practical examples. 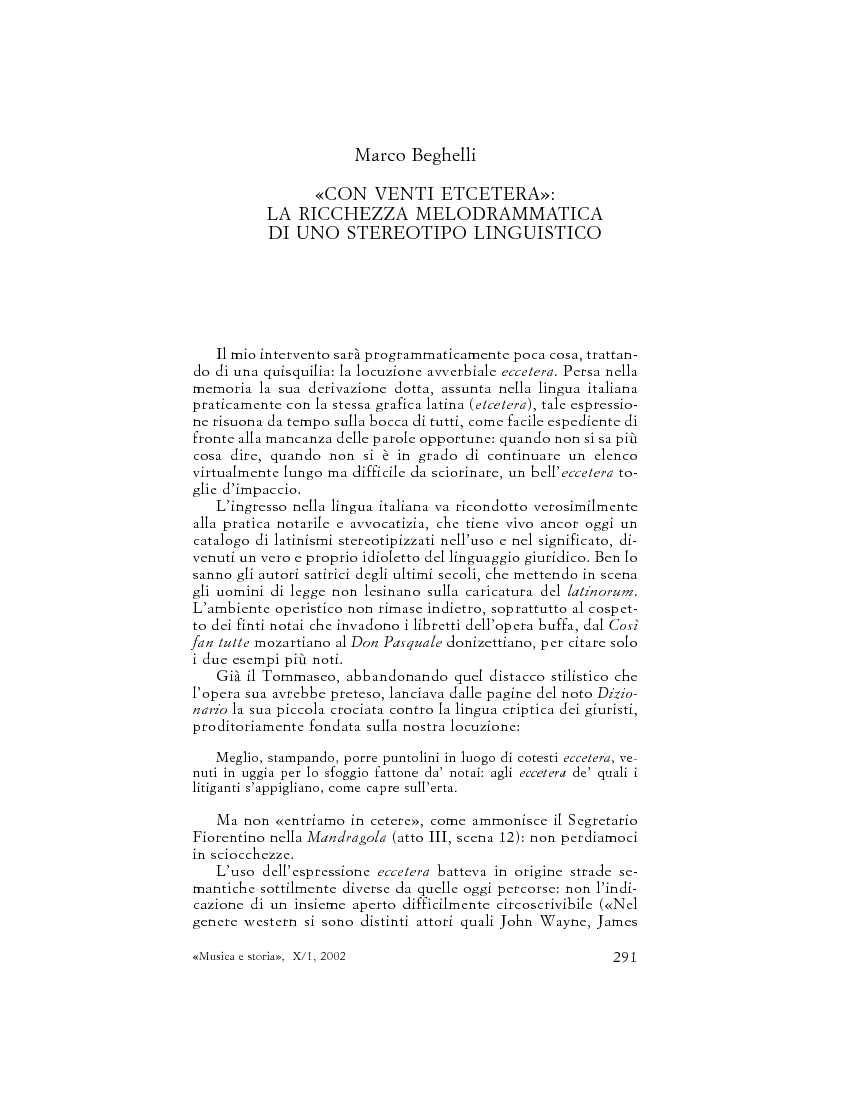