A reflection on the nature of film music is being carried out in Italy thirty years after the appearance of the latter. Vittorio Gelmetti, experimental composer of theatrical and film music, is among its protagonists: intellectual curiosity and critical engagement lead him to reflect on the nature and basics of film music. He thus offers, in meetings and debates on the subject, interesting ideas related to the purpose of renovating that art form and analysing the relationship between the two languages, outlining the first fragments of a theory. Being part of some of the most innovative experiences (electronic and experimental music, dada, etc.) of the avant-garde movement allows him to contribute to the debate with proposals of new processes and theoretical instruments. What drives him is the idea of eliminating traditional hierarchies to enhance what he himself calls 'sound' in film - dialogues, noises, music - through an organic art project. 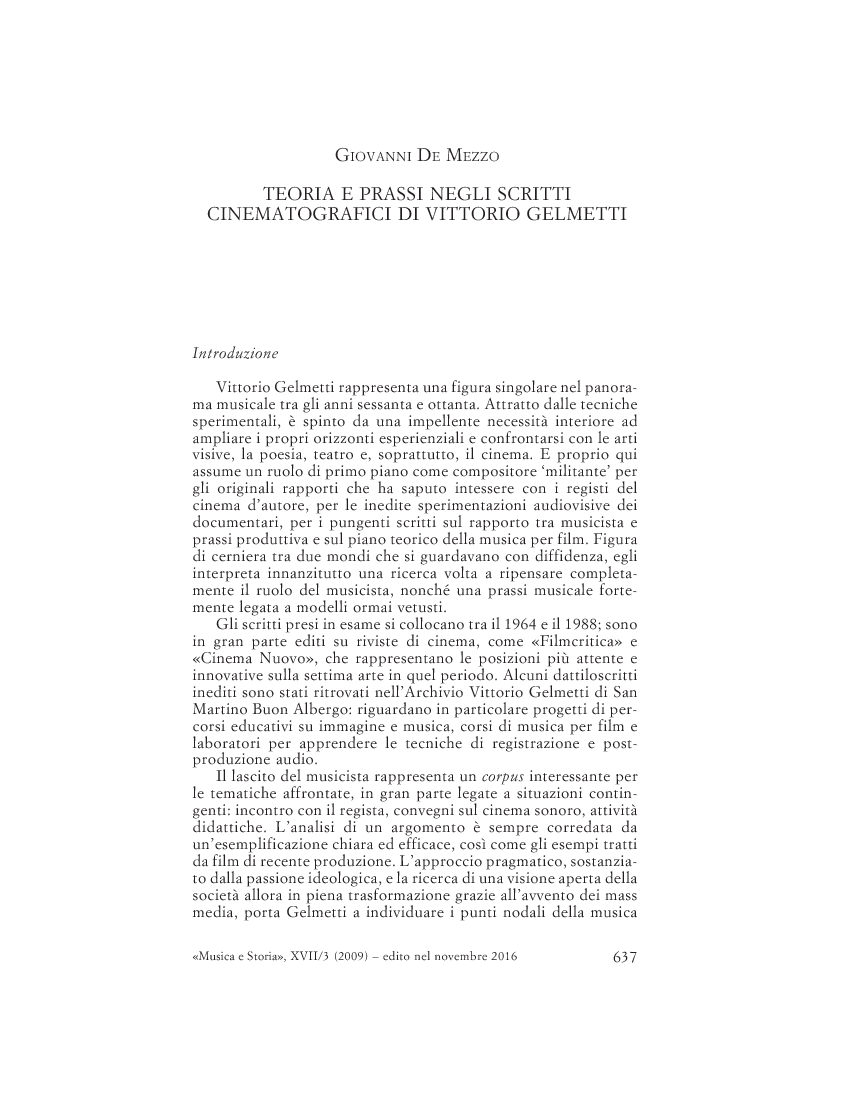