The hypothesis is considered that the phenomenal conspicuousness of illumination in a scene, due to suitable cues for illumination, is a favourable condition for faithful perceptual recovery of surface colours. This hypothesis implies that, by introducing consistent cues for illumination into the scene, results of comparison in lightness between surfaces are moved closer to the relation in reflectance and farther from the relation in luminance between those surfaces. An experiment was organized in which some figures had to be compared in their lightness, such figures being part of achromatic scenes differently illuminated, which were presented to the subject on a CRT monitor. The experiment was run on 21 adult subjects. Data show that perceptual comparison strongly depends on the relation in luminance between target figures. However, data also show that by introducing suitable cues for illumination into the scene (i.e., shadow, shading and illumination perspective), results of comparative judgment are moved closer to the relation in reflectance between the figures, thus providing evidence in support of the stated hypothesis. 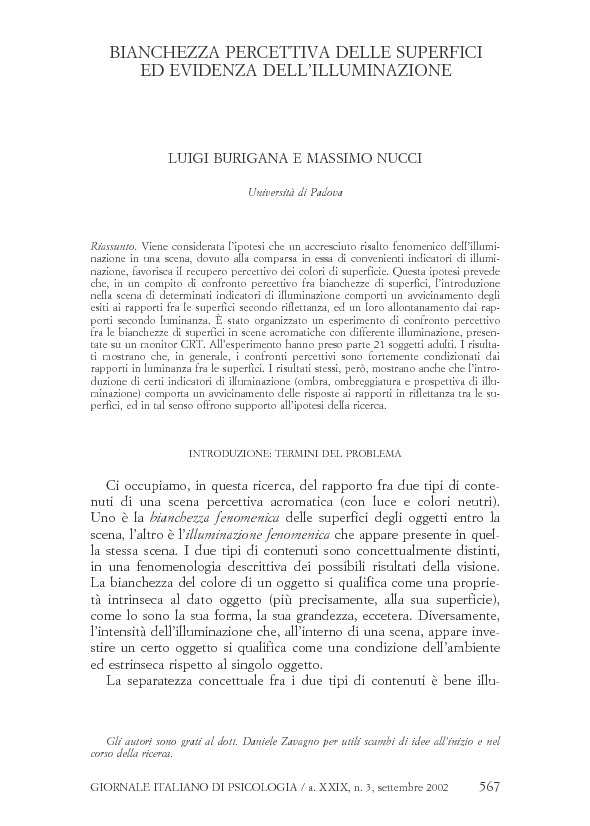