The contribution presents a preliminary validation of a questionnaire for the measure of motives, in its general version: Test di Orientamento Motivazionale - Versione Generale (T.O.M.-V.G.). It represents an extension of the T.O.M. (Borgogni, Petitta and Barbaranelli, 2004), previously published, to different settings than the work ones. The TOM-VG measures the orientation to objective, to innovation, to leadership and to relationship, inspired to the needs theory of McClelland (1985) and to the theory of exploratory behaviors of Berlyne (1985). Results mainly confirm the validity and reliability of the four scales of the questionnaire, consistently with previous findings about the Test di Orientamento Motivazionale. 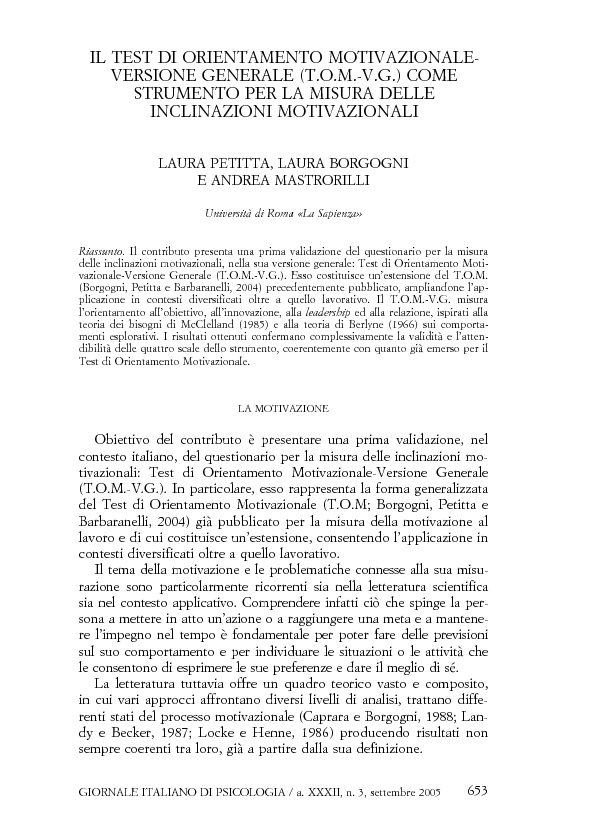