The study aims at investigating how often adolescents are involved in dating experiences, the quality and the developmental characteristics of these relationships and how these can affect the rate of dating aggression. 1300 high school students attending 8th , 10th and 11th grades of 13 high schools in Tuscany (mean age = 15.12; SD = 1.08; boys: 58,8% and girls: 41,2%) took part in the study. Results were differentiated between the two genders and type of aggression, perpetrated or received. From multiple regression analyses, for boys, rate of conflict and relative power in the dyad, transgressive attitudes and developmental stage of romantic relationship were significantly correlated with dating aggression perpetrated and received. For girls, conflict and transgressive attitudes accounted for aggression perpetrated, while relative power and transgressive behavior explained part of aggression received. 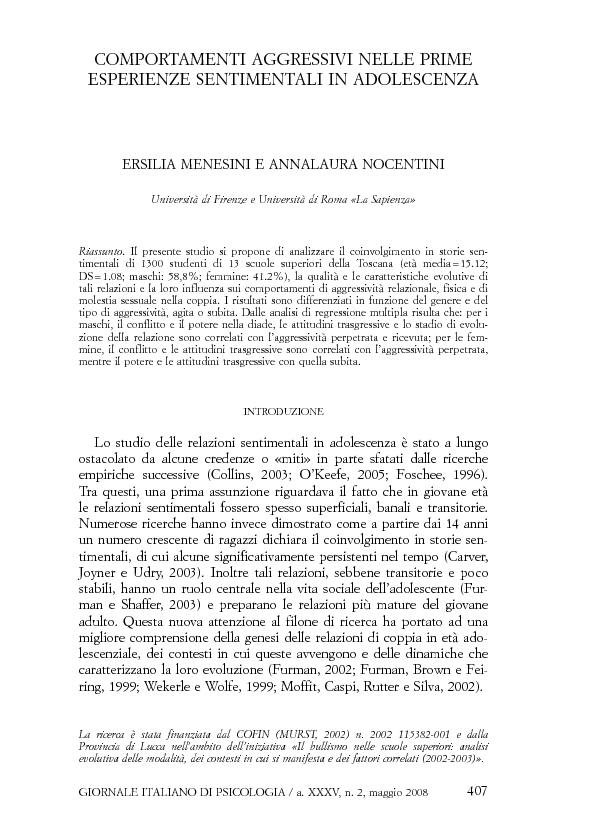