This review discusses the differences between Italian tax income system and Anglo Saxon tax income system. Subsequently, it describes the two main theoretical frameworks, their contributions and limits: the first model is the rational model (Allingham and Sandmo, 1972) whereas the second is prospect theory (Kahneman and Tversky, 1979). Further, self concept maintenance theory (Mazar, Amir and Ariely, 2008) is described in order to account for unethical behavior; according to Ariely's model people cheat, but just a little bit, in order to gain benefits from a situation. That is, they act unethically as long as these behaviors do not force them to modify their self concept. Finally, an integration of the different models tries to depict the best solutions to reduce motivation to evade taxes. 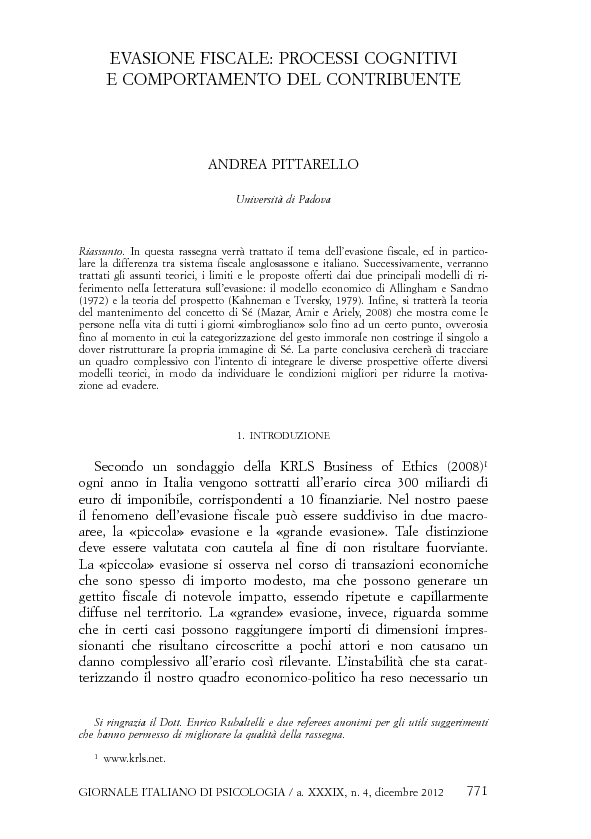