The aim of this research is to investigate the relationship between self-handicapping strategies, self-esteem and motivational beliefs such as the personal conceptions of intelligence and the achievement goals in school and academic domains. Four hundred fourty nine students were administered a questionnaire on "Self-handicapping" strategies (Midgley, Arunkumar and Urdan, 1996), the Self-Esteem Questionanire (Rosenberg, 1965), the Personal Conceptions of Intelligence Scale (Faria and Fontaine, 1997) and the Questionnaire on Achievement Goals (Duda and Nicholls, 1992). On the whole, results show positive significant correlations between the self-handicapping strategies, the static conception of intelligence and the performance goals. 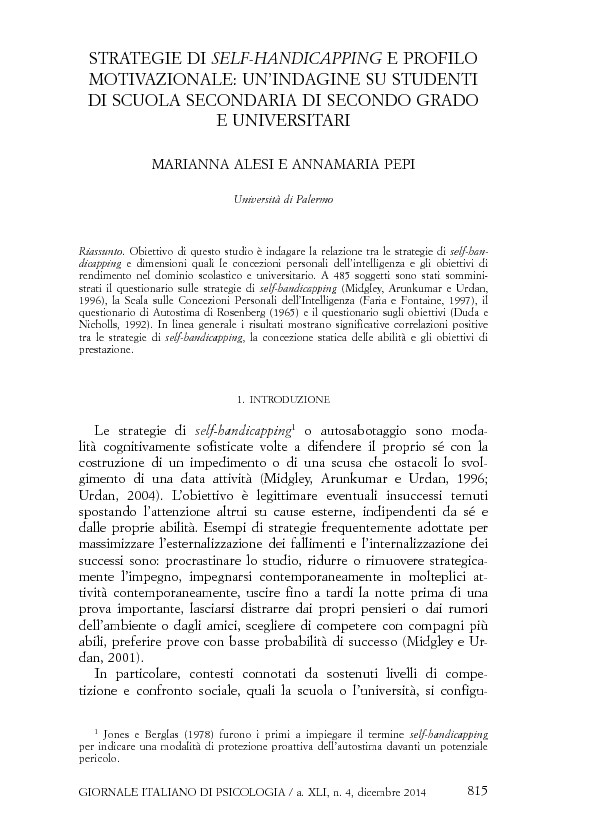