The Reicher-Wheeler paradigm (Reicher, 1969; Wheeler, 1970) has allowed psycholinguistic researchers to observe the Word Superiority Effect (WSE), namely that it is easier to recognize a letter embedded in a word rather than in a nonword or when seen in isolation. Along with WSE, also a Pseudoword Superiority Effect (PSE), i.e., a superiority of pseudowords on illegal nonwords, has been described. The observation of WSE has allowed to demonstrate the automatic activation of lexical-orthographic representations and has been considered as a benchmark effect to verify the main models of reading (e.g., Coltheart et al., 1980, 2001) and of word recognition (e.g., Grainger and Ziegler, 2011). The analysis of the processes involved in PSE has allowed to formulate detailed hypotheses as far as sub-word-level processes are concerned. In this review, we summarize and comment the main studies on such phenomena. Furthermore, we consider the use of the Reicher-Wheeler paradigm in other psycholinguistic fields and in neuropsychology. 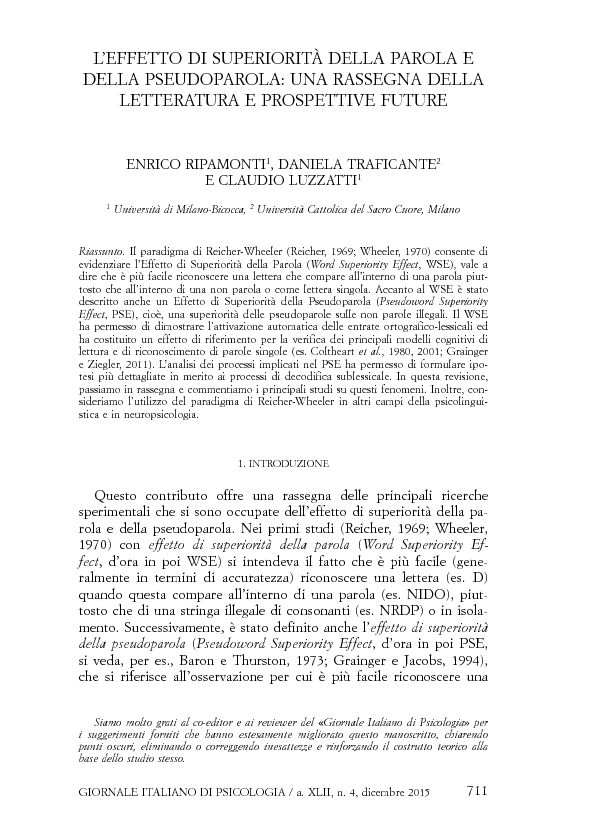