In many European states recognition of the right to marriage to same-sex couples has determined the fulfilment of the process of secularization of family law compared to the canonical law. This evolution has led many religious confessions to a new reflection on their doctrines concerning family and children. Within this reflection, which saw positions for and against, appeared the interesting case of those public officers who, for moral reasons, have claimed their right to conscientious objection compared to same-sex marriage celebration. This need has emerged also in Italy during the discussion stage and, later, in the first applications of the law 20 May 2016, n. 76, which introduced the new institute Civil Union between people of the same gender. 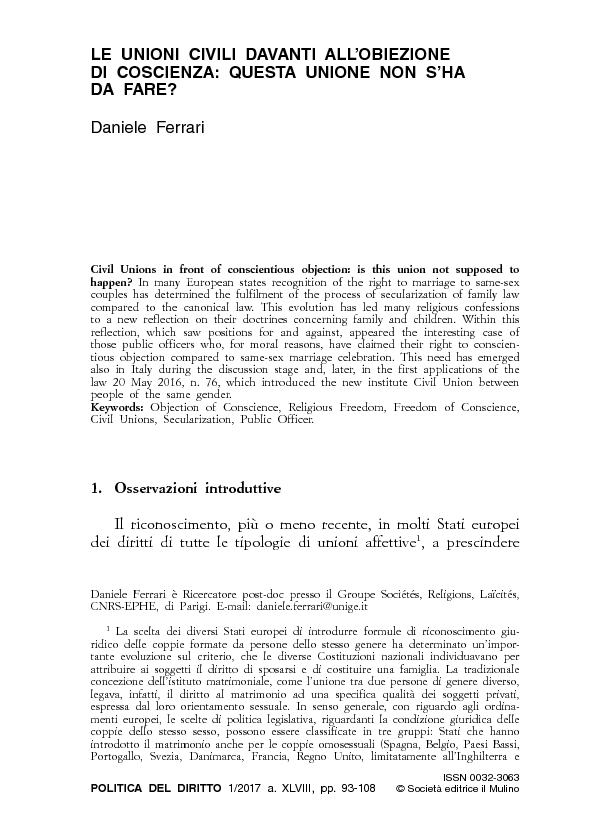