In the author's view, an examination of the norms contained in the Treaty on the European Union concerning the matter of the revision of the Treaty itself requires following two lines of research. On one hand, in the presence of a conspicuous Community jurisprudence aimed at progressively transforming the Community Treaties into a true and proper Community constitution, it seems natural to compare the norms contained in the treaties regarding this question and the models pertaining to the procedures for the revision of national constitutions in general, and the constitutions of federal States in particular. On the other hand, it seems opportune to question ourselves about the relationship between the treaty norms and the general principles of international law in the matter of the revision of treaties. This research approach is also to be adopted when it comes to examining the proposals made by the European Convention to the Intergovernmental Conference in the matter of the revision of the Treaties upon which the European Union is founded, as well as proposals in relation to the eventual withdrawal of a Member State from the Union itself (Article 1/59 and Article IV/7). For that matter, this research approach along duel lines is symptomatic, since it more generally finds its justification and foundation in the ambiguity of the solution adopted by the Convention, still torn between a discipline involving pacts - albeit with particular features - of the constitutional arrangements of the Union and the thrust that derives from the very history of the Union moving in the direction of a progressive constitutionalisation of the above-mentioned norms contained in pacts. In truth, an interpreter of the Convention's project cannot avoid the question of whether by now the transformation of the nature of the norms contained in the Treaties brought about by Community jurisprudence, both on its own authority and as a reflection of the evolution in progress in relations between Member States and Community institutions, ought not, or at least should not have been reflected in the qualification of the same sources of those norms. In the author's opinion, it is the Convention itself that represents innovation and introduces a highly novel element in the discipline of the matter, and notably differentiates the proposed procedure for the revision of the Treaties from procedure prescribed under Article 48 on an essential point. Actually, the announcement made to the national parliaments of the acts regarding the initiative for revision creates an impression of change. Normally, the dominion of the States in the matter of treaties is manifested first and foremost in the powers that governments exercise in this regard. To include the national parliaments in the process means not just involving the organs possessing the power of ratification, but also entails indirectly opening the procedure to the peoples of the Member States, who are represented in the parliaments and view those organs as the privileged seat for the exercise of their home sovereignty. The protective barrier of the foreign power of governments apparently is no longer erected between the internal system of the States and the Community system; instead, a continuum seems to establish itself, that may lead one to believe that - at least for present purposes - we find ourselves before a unitary system of constitutional systems. 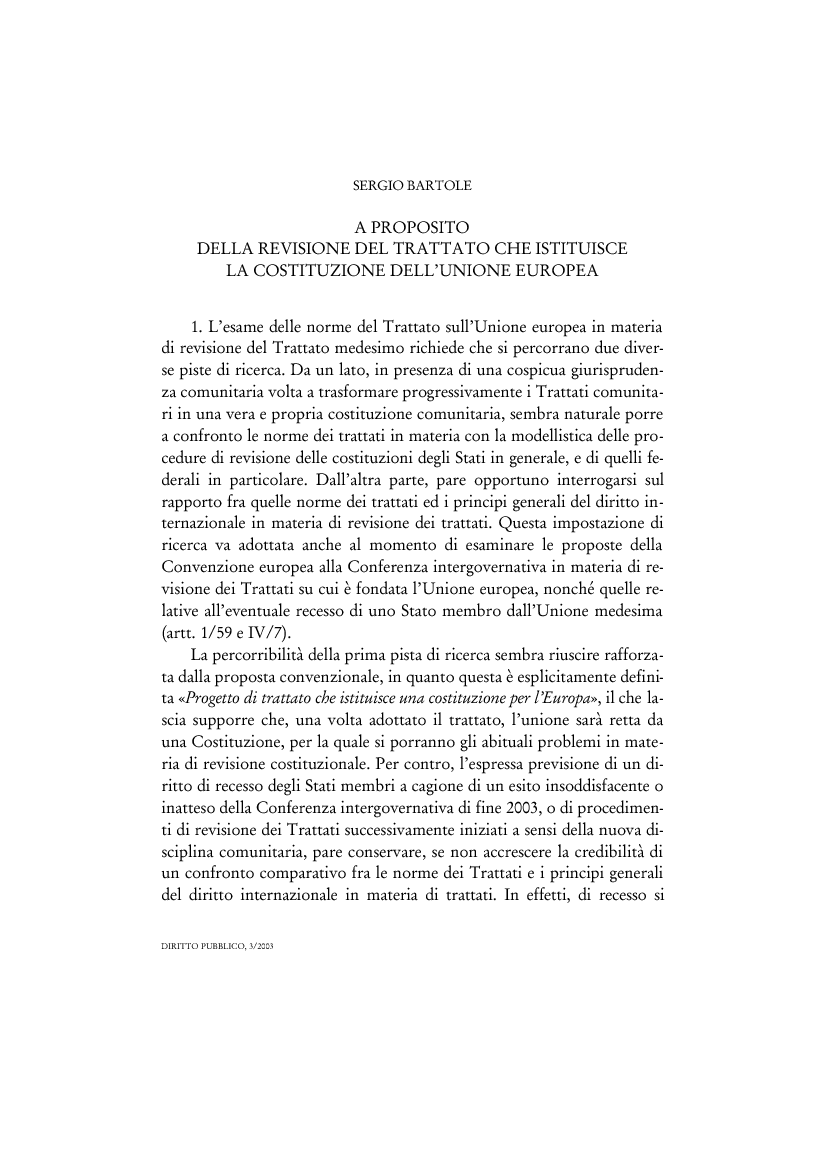