The author takes Guastini's recent book entitled 'L'interpretazione dei documenti normativi' as his starting point, in particular the last part specifically dedicated to constitutional interpretation. Sometimes in agreement with Guastini and other times not, he illustrates certain particularities of constitutional interpretation deriving from a) the singularity of the sole organ - the Constitutional Court - institutionally charged with judging laws in light of the Constitution; b) the specific questions that are raised in the matter of the Constitution, and that are only rarely found in other sectors of law, if at all; and c) the consequent techniques used, such as the balancing of principles, interpretation that has the effect of adjusting to circumstances and the resort to unwritten constitutional principles (e.g., the principle of the separation of powers). The author then shows how his differences with Guastini depend on a different basic conception of interpretation, deriving from the dialectic between comprehension and interpretation. Given the question that must or ought to be answered (the author frequently underlines this essential presupposition), in the author's view this is the reason why there are cases where comprehension is present without interpretation, and others where comprehension is reached only through the interpretation of texts, which is to say the manipulation thereof. Finally, the author compares the theses sustained in the matter of interpretation in general, and constitutional interpretation in particular, with what he and others believe to be the essential feature of legal positivism, namely that in law as well as other fields there is science only if the jurist distinguishes between true and false. The conclusion drawn is that it is precisely in the matter of interpretation (and not with respect to other characteristic features of positivism that instead remain fixed even today) that a break is registered between most of today's jurists and legal positivism. 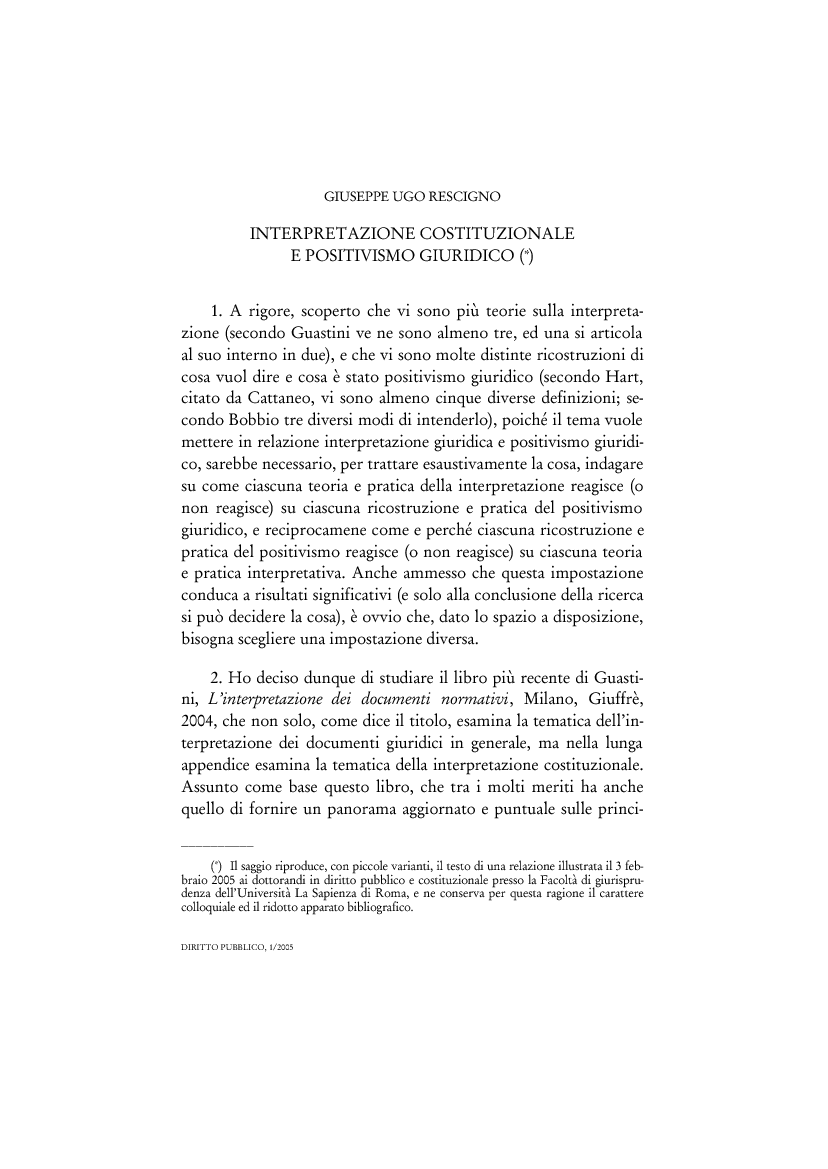