The text presents a reconstruction of Plato' constitutional theory, based on C. Gill's work, Rethinking constitutionalim in Statesman 291-303, in Reading the Statesman, Proceedings of the III Symposium Platonicum, edited by C.J.Rowe, Academia Verlag, Sankt Augustin, 1995. It analyses the arguments given against the dogmas of the unreflective constitutionalism of the tradition and the dialectic moves leading to the definitione of the 'Politikós' and to the refoundation of posttheoretical constitutionalism. The text dwells in particular on the new statute of the rule of law: the law, while being criticized as a false generalization, is theoretically retrieved as an imitation of science, as an approximate copy of the ideal decision of the Politikós. It follows that for Plato the loyalty to the Constitution and the observance of the law serve as instrumentum regni at a second level. Finally, the dialectic pattern is examined, its integration with the reasoned exposition of the myth and the use of the weaving paradigm: the result is an intellectual construction firmly opposing the Sophists' relativism. 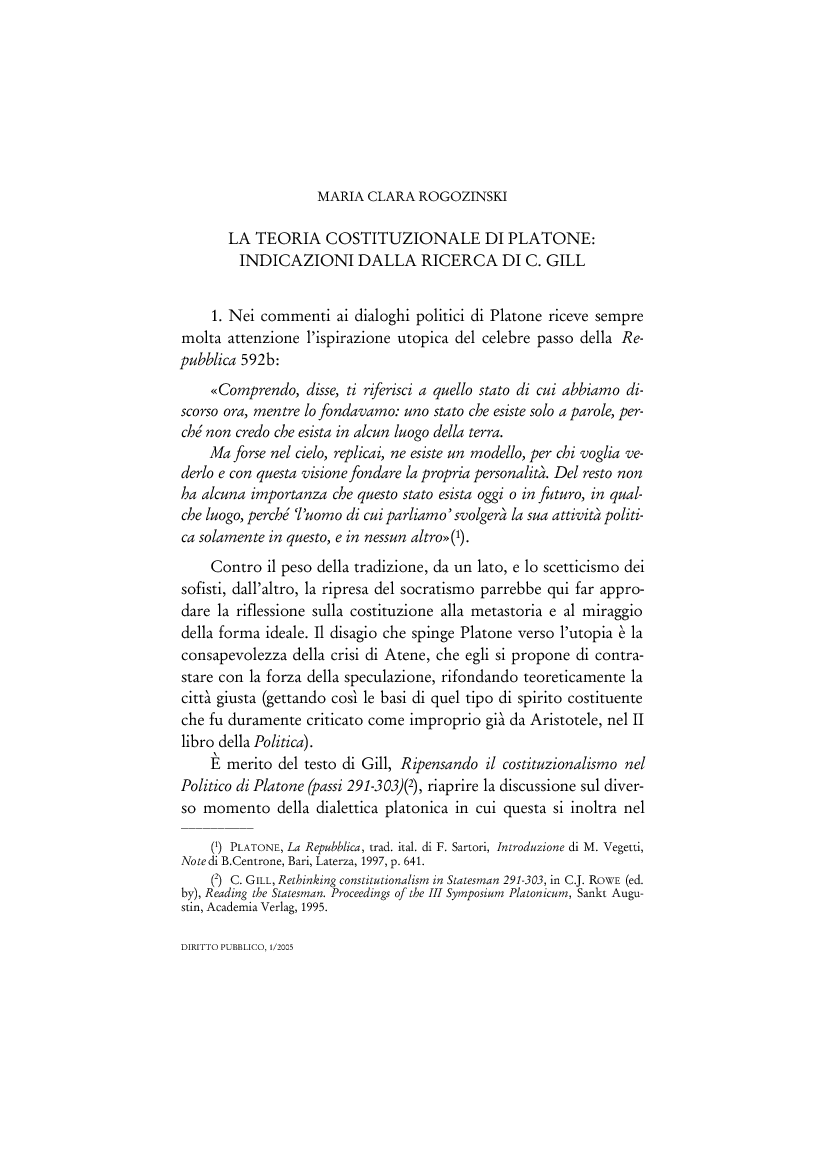